If you check out the dictionary, you will read that snack is a small amount of food eaten between meals. In reality, we find snack is a food eaten between meals, and sometimes, even replaces the meal. The amount, to be honest, is NEVER small. We love our cookies and samosa with our evening chai and the french fries or two-minute noodles to satisfy our 2 AM hunger pangs. And when it comes to movies, we cannot imagine watching one without a bucket of popcorns. Ever wondered about the origin and history of your favourite snack? Let’s check it out. 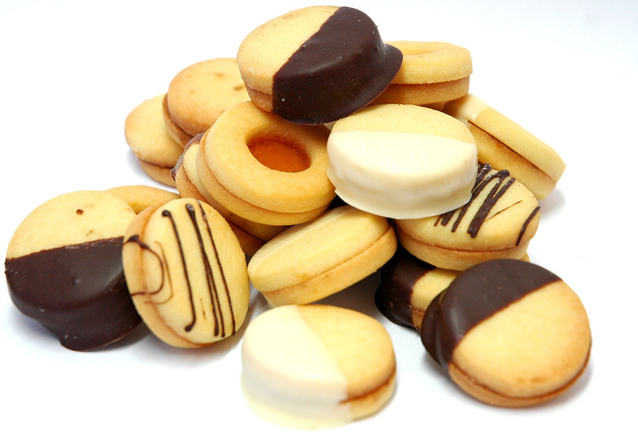 When it comes to tea, cookies and biscuits are its best friends. We can also safely  say, tea and cookies is a match made in heaven. If you start retracing the trail of cookie crumbs left by the people who munched cookies over the years, you will find yourself in ancient Persia. Cookies originated in 7th century AD, shortly after the use of sugar became relatively common in the region. A trail of the said crumbs may also lead you to Europe, but don’t be fooled, it reached Europe through the Muslim conquest of Spain. By the 14th century AD, one could find cookies to be part of every level of society, be it the royal cuisine or the street vendors.

Fun fact: Cookies and biscuits made and still make natural travel companions as they are longer lasting and easy to use and eat. 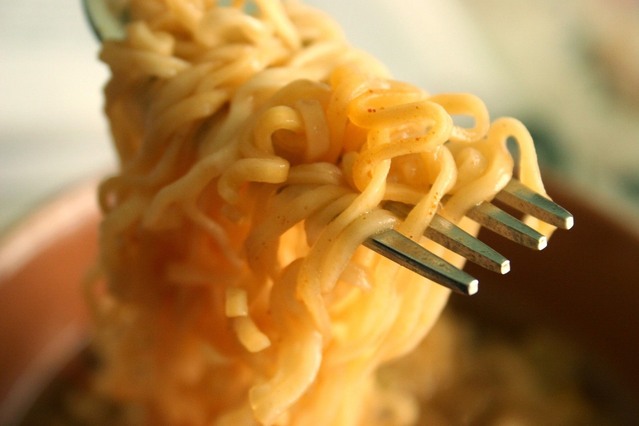 Instant noodles hit a nerve of every Indian right now. Because most of us knew instant noodles by the name of Maggi noodles, which is currently being missed by the whole nation. Though it takes only two minutes to cook them, mankind has been eating it for decades. They were first marketed back in 1958. Instant noodles were made by a Taiwanese-Japanese inventor Momofuku Ando in Japan, using a method he invented, called flash frying. This technique gave the noodles a longer shelf life, even exceeding that of frozen noodles.

Fun fact: Ando’s company Nissin marketed the first instant noodles under the brand name Chikin Ramen. Initially, it was considered as a luxury item due to its price and novelty, as the Japanese grocery stores sold fresh noodles at one-sixth of its price. 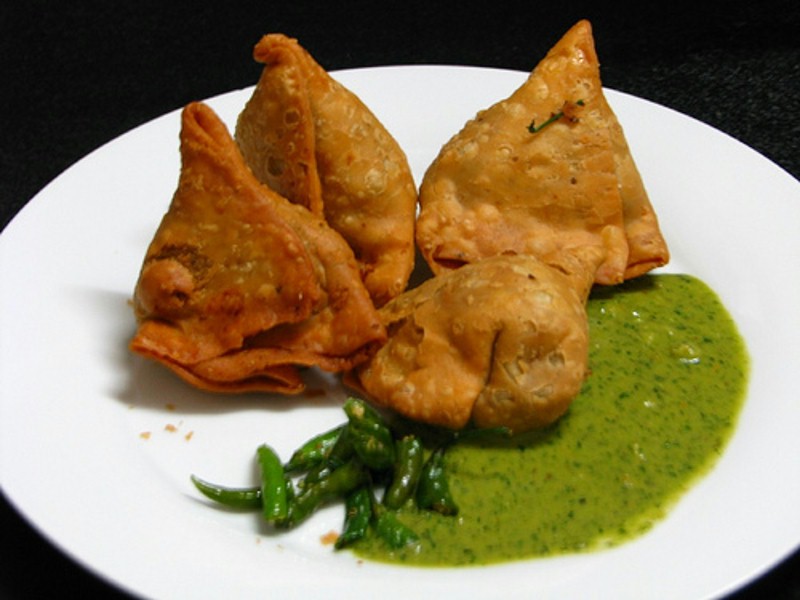 If you conduct a survey, my guess is samosa would be the most favourite snack of Indians. This tetrahedral deep fried pastry filled with spicy potato fillings, accompanied with mint condiment commonly called as pudina chutney brings an ear to ear smile on our face, water to our mouth, content to our heart and satisfaction to our stomach. If samosa were to be a time machine when you bite into it, close your eyes to savour the flavours and let the magic happen… you would find yourself in the Middle East somewhere around the 10th century. Surprised? Well, that’s the truth. That’s where the samosa or sambosa as they call it, originated prior to the 10th century. It was introduced to the Indian subcontinent in 13th-14th century by traders from Central Asia. So next time if someone lectures you about eating noodles, pasta or pizza and forces you to be Indian and eat Indian, snatch away the samosa they are about to relish.

Fun fact: Though samosa has Middle Eastern origins, Uttar Pradesh is said to be the birthplace of vegetarian samosa. 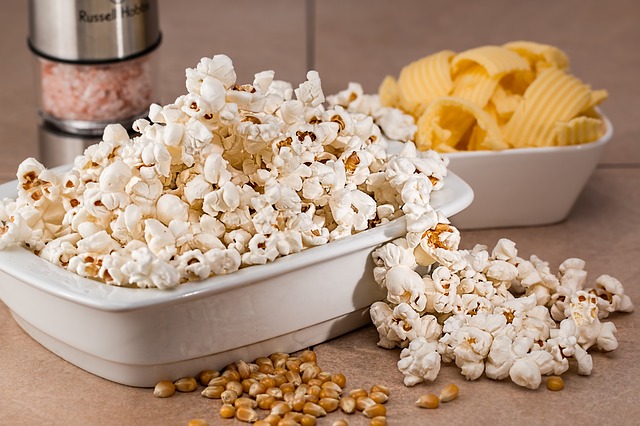 The first thought that pops to your mind when you think of movies is of course popcorn. This for sure is another match made in heaven! If right now you are perched on your couch munching on the popcorn, while waiting for your movie to start, wondering how long people have been popping corns, let me tell you that corn was first domesticated in Mexico, about 9000 years ago. Popcorn was fairly inexpensive during the great depression, thus while other businesses failed, popcorn business thrived and became a source of income for many struggling farmers. The corn used for popcorn is different from the regular corn and is specifically planted for this purpose. Corn has shallow roots, hence is susceptible to drought and intolerant of nutrient-deficient soil. Perhaps this was the reason, why Christopher Nolan showed that acres of corn had survived despite the blight, in his movie Interstellar.

Fun fact: At least six localities, all in the Midwestern United States, claim to be Popcorn Capital of the World. As a result of an elementary school project, popcorn became the official state snack food of Illinois. January 19th is celebrated as National Popcorn Day in the United States. 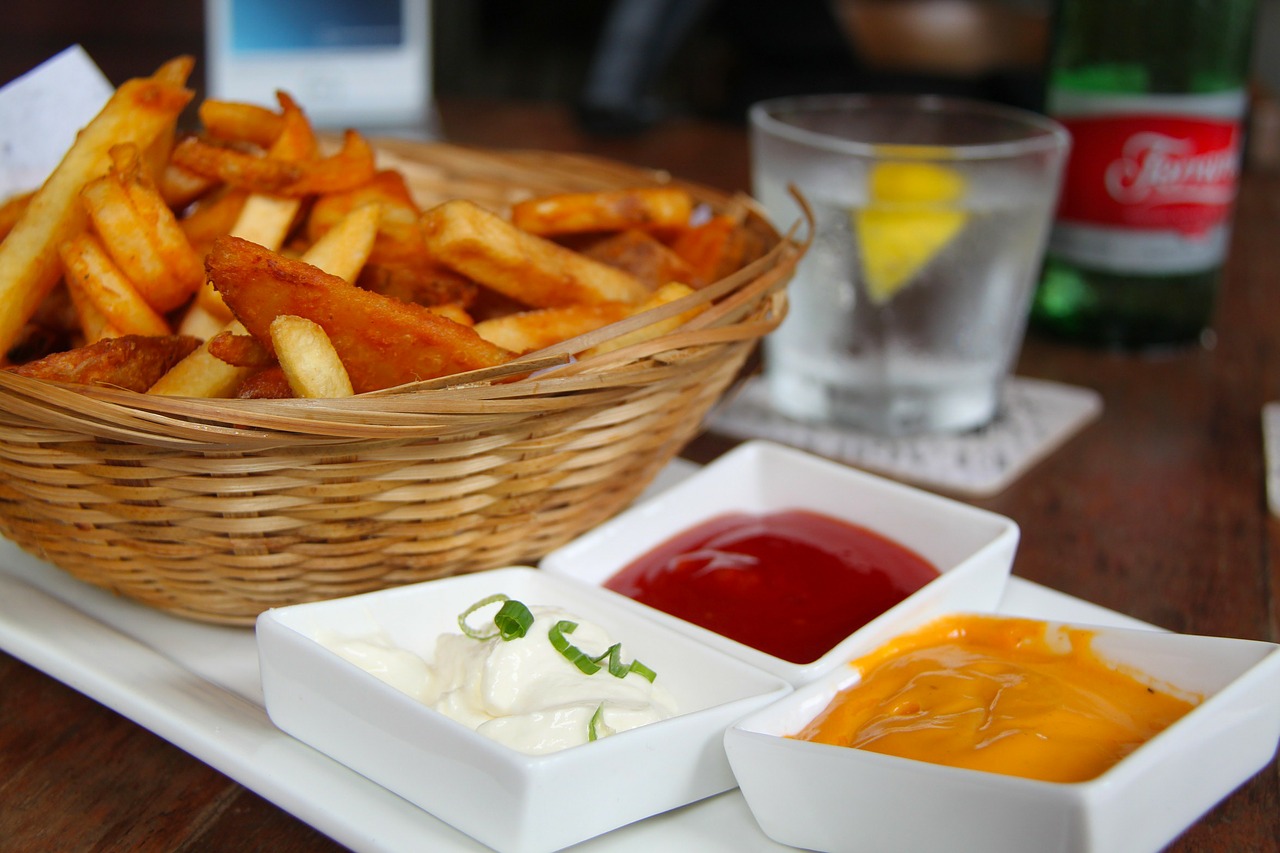 You must have jumped out of joy thinking, “I know where the French fries originated from, France of course. It’s a no-brainer!” Wrong! The origins of French fries is yet undecided. There is an ongoing battle between Belgium and France as to which country had the brilliant idea of deep frying and seasoning potato wedges and serving them as snacks. While one Belgian journalist claims that a 1781 family manuscript recounts that potatoes were deep-fried prior to 1680 in the Meuse valley, where the inhabitants had the custom of fishing in the river for small fish and frying, especially among the poor, but when the river was frozen and fishing became hazardous, they cut potatoes replicating to the small fish and frying them in the fryer, however it is argued that potato did not arrive in the said region until around 1735. Others tell that French fries were invented by street vendors on the Pont Neuf bridge in Paris in 1789, just before the outbreak of the French revolution. Some say a reference exists in France from 1775 to “a few pieces of fried potato”. Some also speculate that the dish may have been invented in Spain, the first European country in which the potato appeared and assume the first appearance to have been as an accompaniment to fish dishes. Despite the origin, we still love the fries, plain salted or with a topping, as a side dish with fish, with our McDs, with BBQ chicken, as a main dish or just like that, as a snack.

Fun fact: Potatoes fry faster in space. I guess astronauts around the world must be rejoicing!

With this, the history lesson on snacks comes to an end. We hope that you did not feel sleepy with his history lesson, rather your stomach is growling with hunger and your mouth is watering.

9 Recipes with Soy That Will Blow Your Mind!

I love to eat. I live to eat. A wanderer, a storyteller, a music lover, especially alternative rock. A day spent reading a good book with some nice food and background music is the best day of my life.