The fluffy, furry guinea pig is a favourite first pet for many families. While it’s not as uninvolved as a fish, it’s easier to take care off as compared to a dog or cat. However, even though they’re small, guinea pigs do have a set of specific nutritional requirements. As with all other pets, solely keeping them on a diet of store bought pellets simply won’t cut it.

One specific nutritional concern when it comes to guinea pigs is the amount of Vitamin C in their diet. Like humans, guinea pigs’ bodies cannot create Vitamin C of their own accord and so need to get it from external sources such as food and supplements. If they don’t get enough Vitamin C, they’ll be more prone to developing scurvy.

You may be familiar with the concept of scurvy from school history lessons; early sailors used to develop it due to a lack of Vitamin C (found in fresh fruits and vegetables) in their diets. Signs of a vitamin C deficiency and subsequently, scurvy include lethargy, bone pain, gum diseases and – in the later stages – fever and convulsions. 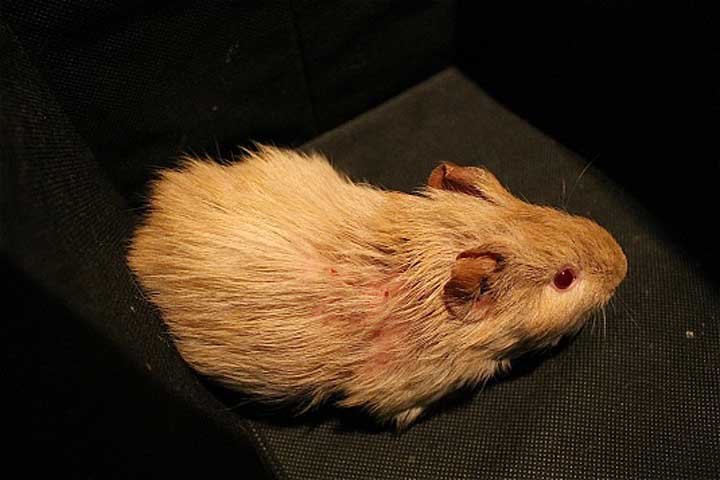 Specifically for guinea pigs, common symptoms include a rough coat, eye and nose discharge, lethargy, loss of appetite and diarrhoea. If you notice one or more of these symptoms, consult with a vet, who after analysing your hamster’s diet and possibly doing a blood test to check vitamin C levels will tell you whether your guinea pig has a vitamin C deficiency.

If your pet is found to have a Vitamin C deficiency, the vet will prescribe supplements as well as a dietary overhaul to ensure that he gets enough of it. 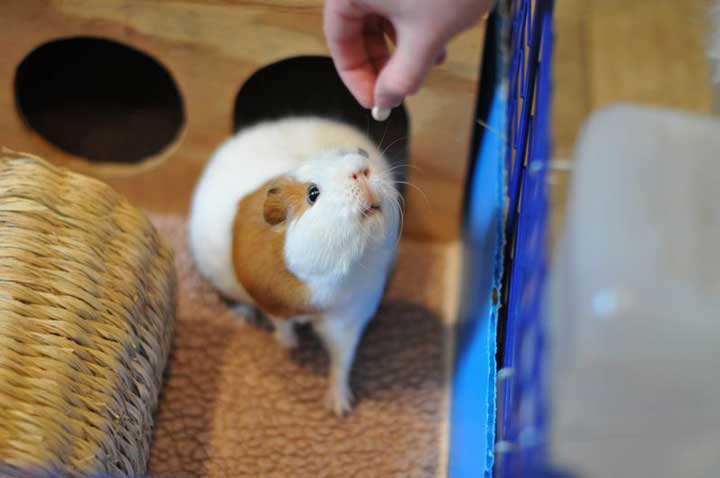 An average sized guinea pig would require about 20-30 mg/kg of vitamin C daily. However, pregnant guinea pigs, growing ones and ill ones require more in their diet than average; consult with your vet to decide an exact amount. 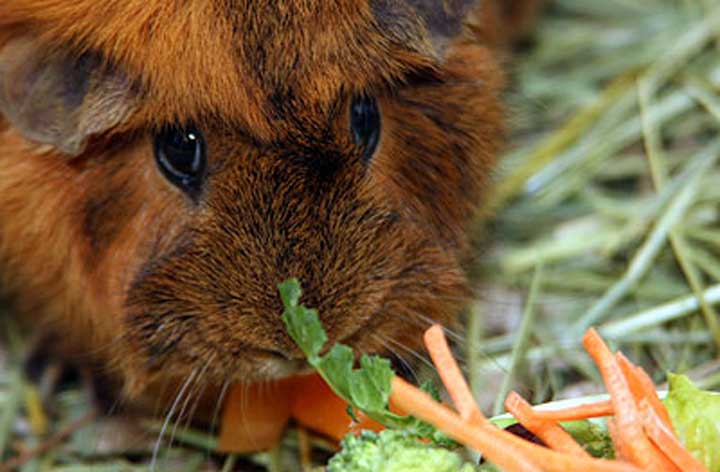 Both in order to prevent the onset of scurvy and deal with the condition, there are various fruits and vegetables you should be including in your pig’s diet. Leafy greens, like kale, parsley, spinach and chicory are great sources of vitamin C as are other greens like cabbage, broccoli and green peppers. Other vegetables include tomatoes and red peppers while you can also give him fruits like oranges and kiwis.

Once you’ve bought your fruits and vegetables to fill your guinea pig’s quota, don’t just stick them whole into their cage. Guinea pigs have a sensitive digestive system, so you’ll have to thoroughly wash the produce, cut it into small pieces, deseed the fruits and place it in small dish in front of the pigs. 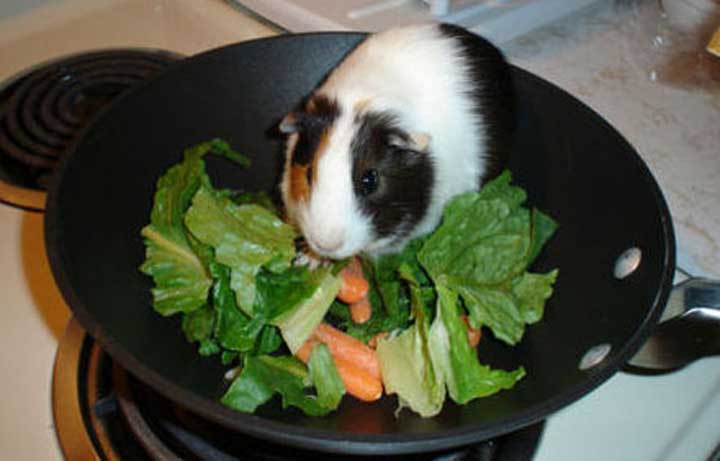 When introducing them to a new type of fruit or vegetable, start with a small amount and build it up gradually as many guinea pigs tend to be fussy, suspicious eaters. Switch the kind of fruits and vegetables you are giving them every few days so they don’t get bored.

By feeding them an adequate amount and range of vitamin C rich foods, you’ll be fortifying your guinea pig’s health greatly. Remember to consult with your vet when making any dietary changes and before giving him supplements.

Here Are Some Diet Recommendations for Individuals With Chronic Kidney Disease