Shortly after West Bengal bagged the Geographical Indications (GI) tag for the Banglar Rosogolla, it set out to create the record for making the largest ever rasgulla. Made by two self help groups based in the Nadia district of the state, this record-breaking rasgulla weighs a whopping 9 kilograms (and over 6 kilograms without the syrup) and is touted to be the world’s largest.

The enormous sweet required five professional dessert chefs along with helpers for its making. “The makers needed 150 kg of sugar, five-and-a-half kg of cottage cheese and 400 grams of flour to make that single piece of Rasogolla weighing nine kg. It was quite a spectacle,” said Abhinaba Basak, member of a self-help group ‘Junior One Hundred’ that organized the event. 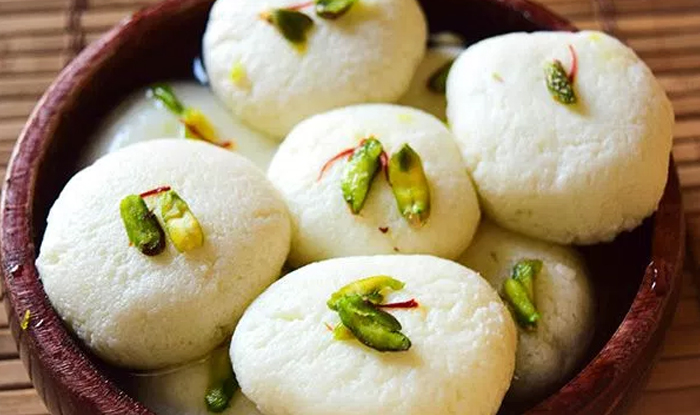 Who Did It First?

Members of the Fulia-based self-help groups said that the sweet was also in a way their tribute to the legendary sweet maker Haradhan Mondal, who according to them is the actual inventor of the iconic sweet dish.

Although, Kolkata-based confectioner Nobin Chandra Das is bequeathed as being the originator of the Bengali dessert, Basak claims that the Banglar Rosogolla was first created in Fulia, a long time before Mondal, who later moved to Kolkata and came in touch with Das.

“We served the sweet dish to 400 people in our locality. We divided the iconic Rasogolla among people to observe the occasion,” Basak was quoted by India Today. Take a look at the world’s biggest rosogolla below.