Two weeks ago, we told you all about Domino’s Japan’s plan to use reindeer to deliver pizza in Ishikara. However, the pizza chain has now announced that after tests, they’ve found that reindeer aren’t really that great at delivering stuff – contrary to the popular image of Santa with his reindeer sleigh.

Domino’s Japan was training the reindeer to carry a pizza packed in a thermal pizza container. They believed that the reindeer would be better able to navigate through deep snow and slippery ice. 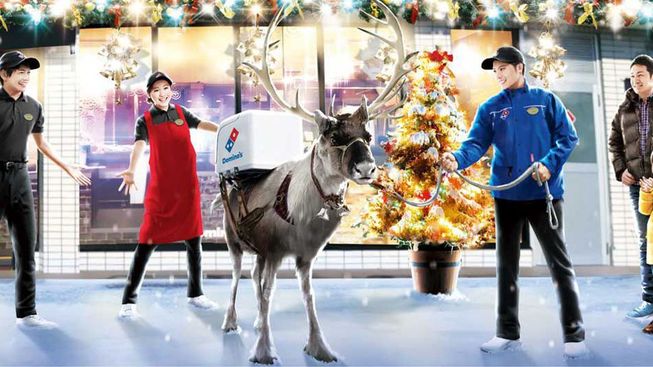 The pizza chain was updating the progress in training reindeer on its website.

However, Domino’s has now announced that the reindeer training plan didn’t really pan out.

They found that reindeer aren’t too keen on being directed where to go and certainly don’t understand why they have to wait outside houses for a human to come take stuff off their backs. Expectedly, the reindeer wandered off.

To appease disappointed customers, Dominos Japan has dressed up its delivery scooters to look like mechanical reindeer, complete with antlers. 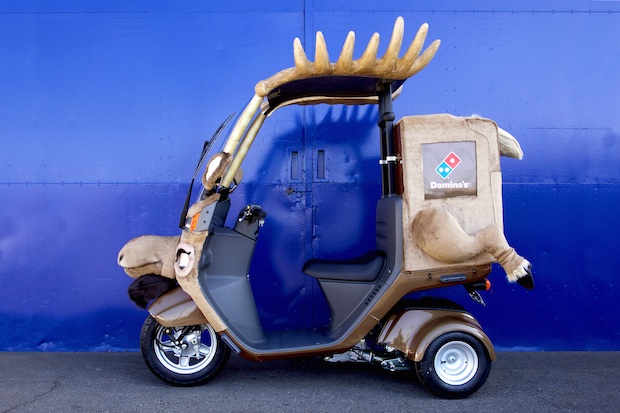 Bit strange, don’t you think? But then, Japan constantly finds itself in the news for doing some seriously odd stuff; head here and here to read more.