Residing or having your office in THE White House is nothing short of prestigious. And with that prestige comes a long list of luxuries and extravagant amenities, which, despite the opulence and lavishness of his previous house, President Donald Trump is not shy of boasting about or expending.

Recently, the Associated Press published a story about the President’s time in office, which is nearing 100 days. While the feature was a stockpile of accolades and praises, one particular snippet of information stuck out, as noted by Grub Street. Here’s what we found particularly interesting about Trump’s office set up as told by the President to the Associated Press. 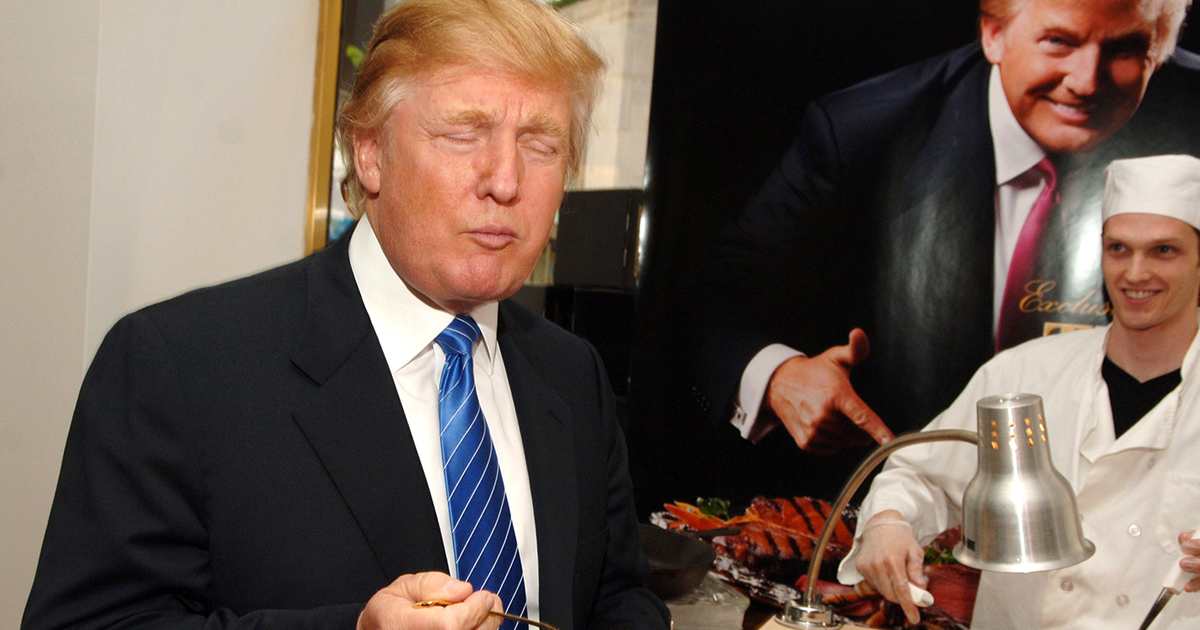 “A man accustomed to wealth and its trappings, Trump has embraced life in the Executive Mansion, often regaling guests with trivia about the historic decor. With the push of a red button placed on the Resolute Desk that presidents have used for decades, a White House butler soon arrived with a Coke for the president.”

You read that right. The President of the United States has a big red button in his office dedicated to keeping him sufficiently hydrated and caffeinated! Although, who better than the POTUS to enjoy that level of comfort and luxury, right? Excuse us while we get up and personally go get ourself some chilled soda. Sigh.

This Patriots Day Protestor Tried To Pull A Kendall During The Protest!