If reports are to be believed, global food prices are at an all time low. The past 7 years have not seen such a price slump like the one that has been recorded in August of this year. Apparently prices of cereal, sugar, milk, vegetable oil slumped. Even Meat prices fell 18% from the same month last year.

“Ample supplies, a slump in energy prices and concerns over China’s economic slowdown all contributed to the sharpest fall of the FAO Food Price Index in almost seven years,” The UN organization said in a statement.

To an average Indian that’s ridiculous. If global food prices are slipping, how is our food getting costlier by the day? 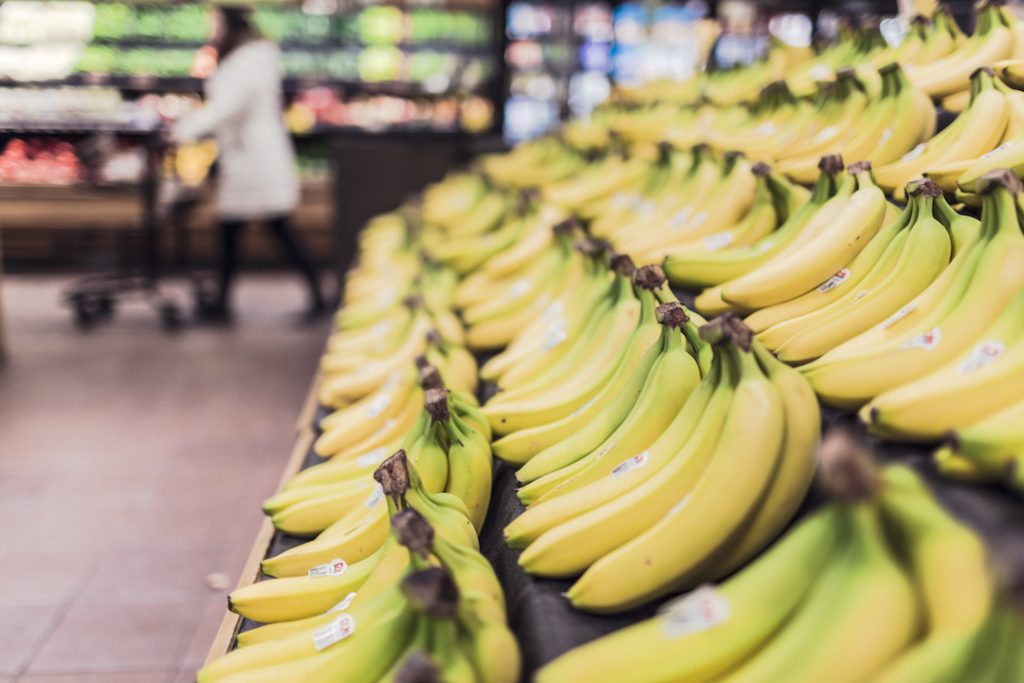 Raising import tariffs with surplus stock, export bans during shortages may have closed the economy to global food price volatility, but didn’t do much otherwise.

Here is a relative study of commodity prices in India versus the world. 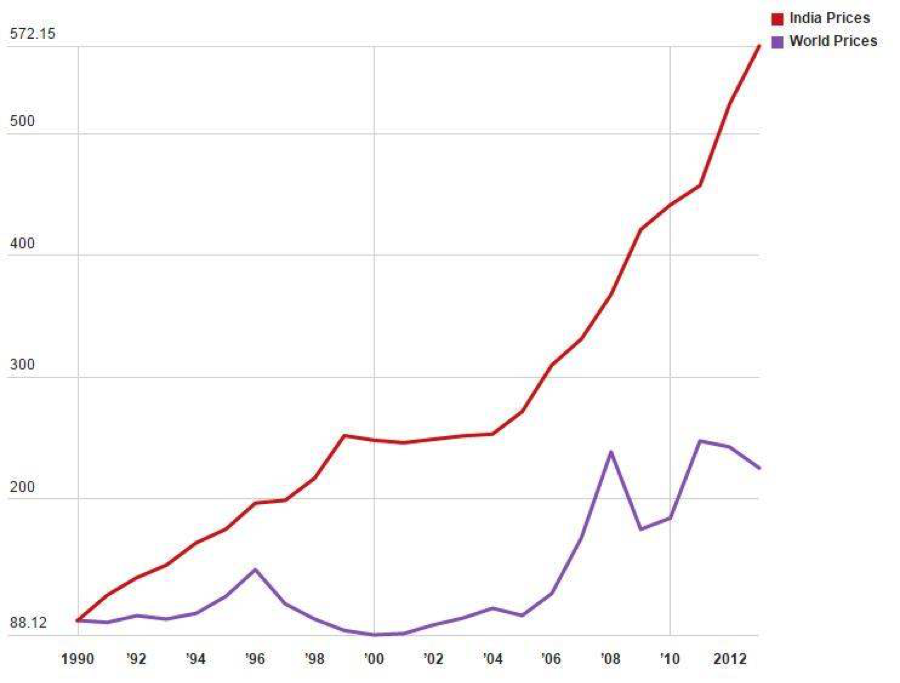 Food grain comes first as it commands the highest weightage in the Wholesale Price Index (WPI) that goes on to calculate Food Inflation.

You don’t have to be a Statistician to understand that while world grain prices have doubled, Indian prices went up more than five times. 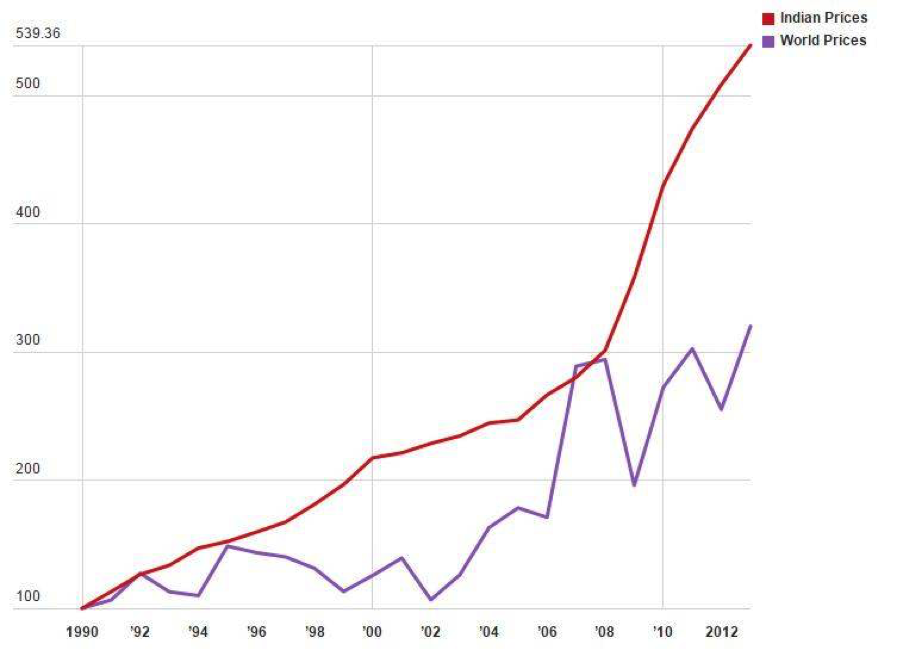 India hardly imports any diary, and the demand has risen. The result? Price hike.

As you can infer, world dairy prices have tripled while Indian prices have jumped five times. 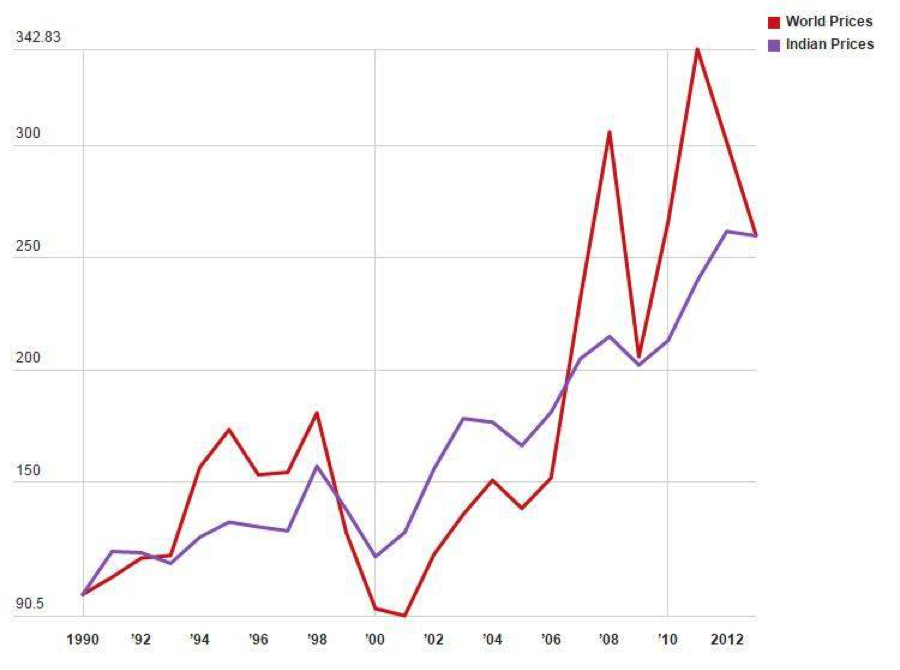 It’s important to note the Indian government does not protect oil prices.

Once can see Indian oil prices have risen in accord to the world prices.

However, a 2014 press release from the Reserve Bank of India (RBI) clearly states what it thinks are the reasons behind food inflation. 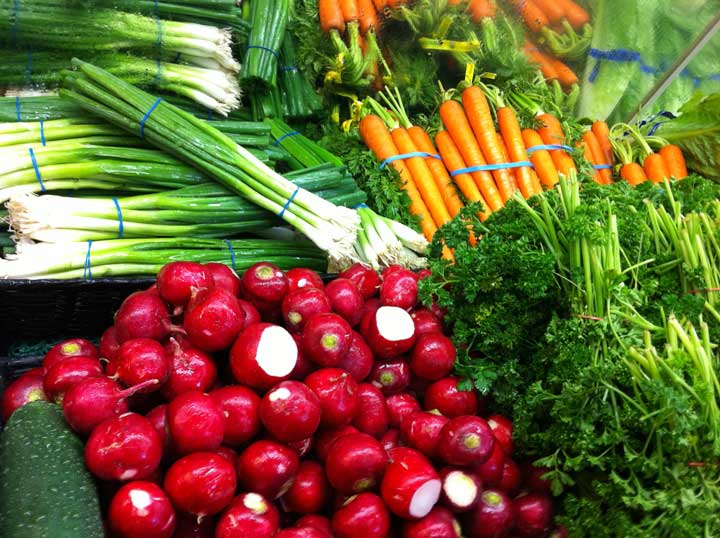 The study shows that the persistence of food inflation in recent years can largely be ascribed to higher wages, particularly, in the rural sector pushed further by hikes in MSP of rice and wheat and input cost inflation.

Crux of the matter

And that’s your food for thought (because that’s the only kind of food we can have heaps of!) for the day.

Stay in Julia Child’s French Cottage for $600 a Night!