An ace football player on the field and a stunner off it, David Beckham has a portfolio full of ways to charm his fans. But the 43-year-old English athlete is all set to add yet another feather to his hat. According to reports, Beckham is in talks with Food Network to host his very own cooking show, so we may soon be blending it like Beckham.

Previously, the former Manchester United midfielder – who by the way is super tight with Chef Gordon Ramsay – shared some of his healthy meals and smoothie recipes, which were introduced to him by his West Coast personal trainer, Tegan Haining. Add to that a professional take on health and fitness and there’s your perfect recipe for a show that could cater to fitness enthusiasts. “He’s not just another celebrity guest star having a quick laugh in a cookery show” a source was quoted as saying.

“David is the real deal and has an extensive knowledge of fitness nutrition from his playing days,” they said, adding “Tegan’s recipes for power drinks are legendary and I’m sure David would want to appeal to fitness enthusiasts as well as foodies by featuring them on his mini- show.” 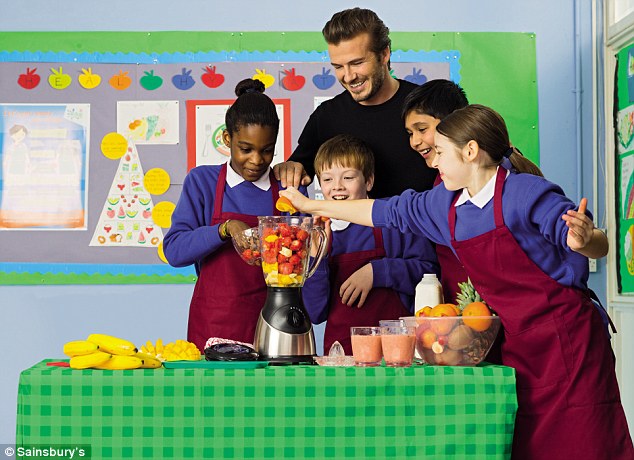 But it’s not just the lean and green stuff that makes Beckham an adept TV chef as the footballer has in the past shown considerable interest in cooking. He revealed that post-retirement he’d been trying to perfect his signature dish, Milanese risotto with saffron. “I was obsessed with perfecting risotto because it is difficult: you have to constantly stir and add ingredients”, he said.

Moreover, this would not be the first time that David would face the camera whilst cooking. In 2014, he was a part of BBC One’s Into The Unknown, which was a documentary that featured David on a journey of self-discovery through the Amazon wilderness.

Well, we’d watch Beckham even if he were just bettering some toast, TBH.

Yeast Used By The Food Industry May Cause Infections Says Study