“It is not impossible to make music with vegetables”.

The Vegetable Orchestra is not a joke. Neither is it a spoof or a way to make use of surplus veggies. The band is as real as any other musical group and so are the ‘organic’ masterpieces that they create!

Founded 18 years ago, The Vienna-based group performs using musical instrument made out of vegetables. No, they don’t play gourds and leeks shaped like guitars and drums, but work with the sound that each of the vegetables produce. With a few tweaks here and there, of course. 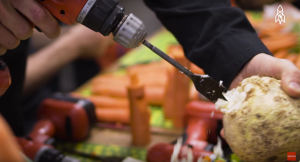 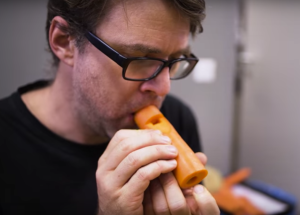 The instruments, which obviously last only up to one performance, require 2-3 hours to be prepared before the Vegetable Orchestra goes on stage. And here’s another fun fact: during the process of making the instruments, the leftover or removed portions of the veggies are used to make soup, which is later served to the audience! Efficient or what?

Know more about the band in the video below or visit their website here.

Related Topics:musicveg recipe
Up Next

Seafood Delight every Friday Night at the JW Café in Mumbai!