In this social media age, appearance is valued pretty much more than anything. It’s easy to see the effect of this in our food (think literally every ‘viral’ food trend). However, this obsession with eating produce that ‘looks good’ leads to a tonne of food waste. Lucky for us, there’s an ugly food boot camp to help chefs ‘waste not, want not’.

The chefs, who have come to Glynwood Farm in Cold Spring, N.Y., from around the country, are making dishes predominantly from food that many American consumers would overlook — or even consciously avoid — when shopping for their families. 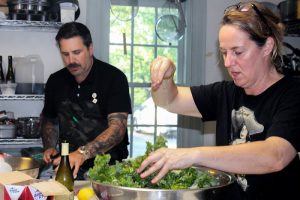 This is not to say that the produce isn’t fresh or rotten it may just have a slightly weird discoloration or perhaps it’s just a bit oddly shaped (sounds like all the vegetables here in India). The three-day sustainability ugly food “boot camp,” is run by the James Beard Foundation (JBF), which is on a mission to reduce by one-fifth the estimated 571,000 tonnes of food waste generated annually by U.S. restaurants and food service providers.

It’s a noble cause which is oh so relevant. Why should you avoid eating slightly damaged fruits and veggies? If you don’t, there may come a day when there aren’t any at all.

Amy’s Kitchen Is Coming To India And We Can’t Wait!