Some say that our tech-savy generation is lazy and entitled (My dad doesn’t get tired of mentioning it) and we have always been defensive about it. I mean, if it makes our lives easier, then why not? But this latest news from Dominos maybe taking it a bit too far.

Come May 20th, you’ll be able to order pizza just by tweeting to Dominos. That’s not it, if you’re feeling a little too weak, you know from all that hunger, then you just have to tweet the pizza emoji. 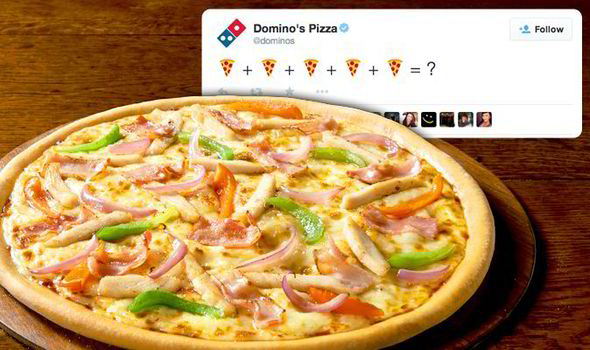 It’s called the “tweet to order system,” and it’s the first of its kind amongst national pizza chains.

“It’s the epitome of convenience,” CEO Patrick Doyle told USA Today. “We’ve got this down to a five-second exchange.

Yes, it seems ideal for those days when you’re craving a cheese burst pizza and you’re just not in the mood to pick up the phone or fill out an online order. You want instant yumminess, with pepperoni on top. Well, tweet your pizza then!

This is also good news for Twitter, a company that is hoping to become a commercial hub in addition to a social medium.

“Our hope is that advertisers will keep innovating this way,” Twitter spokeswoman Genevieve Wong told USA Today. “Twitter is the best platform to be creative like this.”

A Star Trek Inspired Genie That Will Cook For You

Justin Timberlake is Literally a Lime Head in This Promo