It might just. Now that Donald Trump is officially Mr. President-Elect, we are mere formalities away from witnessing his first state dinner, usually held in the May following the take over of the White House Office. It is not unknown that state dinners are a matter of great culinary extravaganza with multi-course menus dotting the party.

And that leads us to wonder what could a probable Trump Sate Dinner menu look like! Will there be steaks and wine form his brand? Will there be any French, Mexican, or Italian food on the menu? Taco bowls maybe? Or will the new POTUS just go ahead with his favourite McDonald’s meal along with flutes of diet coke? And for dessert? Probably a slice of Trump’s victory cake? 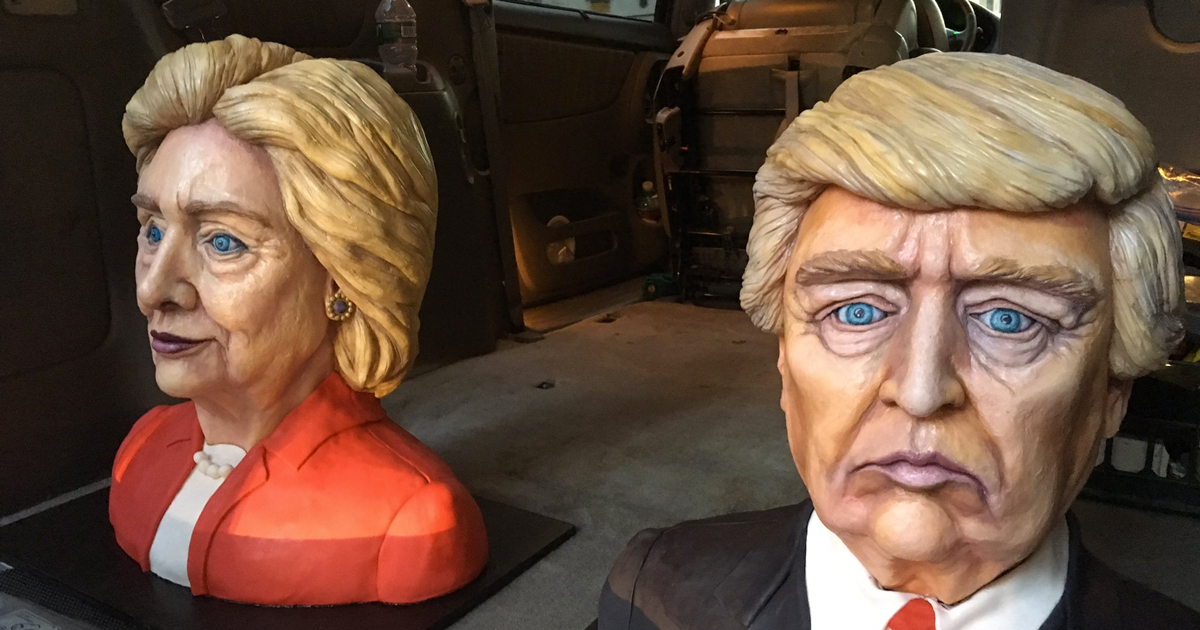 Celebrated chefs Guy Fieri and Paula Deen have answered all your musings about the State Dinner menu. The two put their head together to device a notoriously accurate menu for the coveted White House dinner.

The menu features an array of food items like a Trump Steak Carpaccio, Trump Tower Taco Bowls (of course) prepared by a few Trump Tower Grill employees, a Beltway Herb Salad with a “Donkey” Sauce dressing, and the likes. Moreover, Sir Ted Nugent is booked to provide live entertainment at The Barron Trump Bandshell, occupying the space that previously housed the White House Garden.

Now, of course this is just meant to throw some satirical light at Trump and all that he stands for. But it’s brilliant nonetheless. Have a look at the entire menu below: 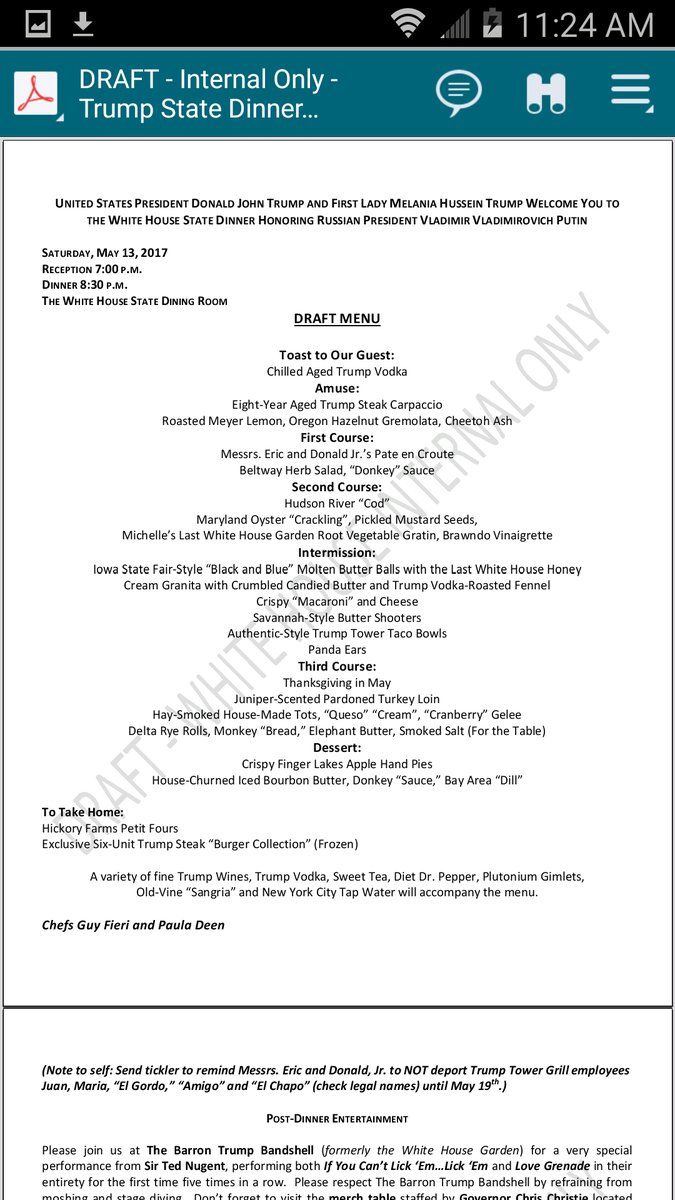 Do You know Who the World’s First Celebrity Chef Is?