“With all thine offerings thou shalt offer salt,” says Leviticus 2:13

Salt is one of the oldest and most ubiquitous of food seasonings and salting is an important method of food preservation. Probably the only rock that makes it to mankind’s diet, salt has shaped human civilization from the very beginning – besides serving as currency, secured colonies and empires and inspired revolutions.

The science behind salt

Salt as we all know is acquired from the seas – dead, dried-up or living. The science books tell us that it usually bubbles to the surface as brine or crops out as salt licks and shallow caverns.

It can be found thousands of feet deep, right below the earths skin, white like veins.  Also acquired through evaporating ‘pans’ from boiling brine or mined, it is truly the ‘salt of the earth’.

An entire article on salt? Here’s why it’s so important

History books talk about animals which first ‘wore paths to salt licks’, and had the men follow. Trails became roads and soon became settlements. With eating habits shifting from game to cereals and pulses, salt rose high in demand, went low on supply and went on to become a trading commodity.

Criss -crossing the globe with silk, salt routes from Morocco South to the Sahara and Timbuktu were very popular. Salt bearing ships from Egypt traversed the Aegean and Mediterranean Seas to land in Greece.  Herodotus, the Greek Historian, talked about a caravan route that once united the oases in the Libyan Desert. Memoirs talk about an exalted Marco Polo delighting the Venetian Doge with tales of the ‘prodigious value’ of salt coins bearing the seal of the “Great Khan.”

In fact, the 6th century witnessed the bartering of an ounce of salt for an ounce of gold. If Central Africa used salt cakes, Abyssinia used rock salt slabs-each ten inches long and two inches thick, called ‘amôlés’, as coins. 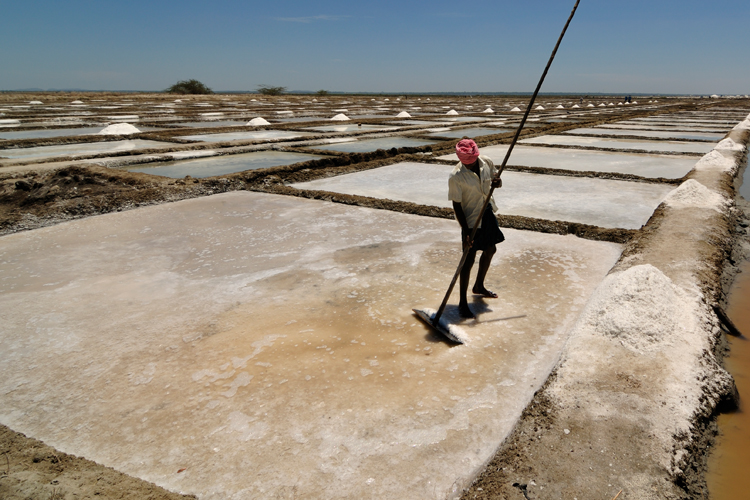 A flavour and an antiseptic, the ubiquitous salt had many avatars.

The Roman word for salt – Sal was connected to Salus –the Goddess of Health. One among the busiest roads leading to Rome was a salt route that stretched from the salt pans of Ostia through Tiber.

The importance of salt can be measured by the allusions to it in language- ‘a grain of salt’ is still considered as a recipe for a pinch of doubt. Solarium argentums, from which the word ‘salary’ is derived, once referred to a soldier’s pay. ‘Not worth his salt’, anyone?

You may be aware of its Biblical relevance, epitomized by Lot’s wife who likened it to lack of faith and fidelity.  As a metaphor for the wisdom of Christ, Matthew says, “Ye are the salt of the Earth”. And as a portent of Doom, the “Last Supper” by Leonardo da Vinci shows Judas with an overturned salt cellar in front of him.

Defining historical landmarks, salt taxes played an important role in revolutions. If the gabelle (an unpopular tax on salt) ignited the French Revolution, the British Tax on salt led to the Dandi March and eventually freedom in India. 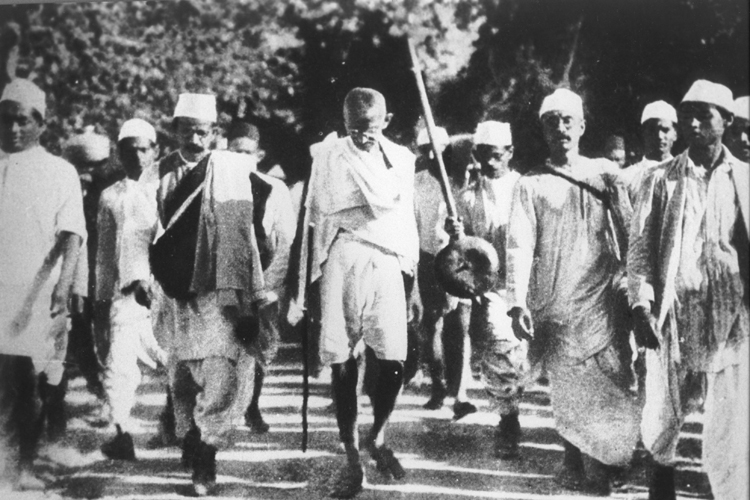 With so much happening, can we ignore the role of salt in our very existence? Can any dish taste good without salt? Our tears are salty, our moms – ‘the salt of the earth’. The salt of life to namak halal of trust, a sprinkle of salt is all you need to face life. And food!

What is Fine Dining?