You may think of vada pav street sellers as humble men selling a humble (though much loved) food. However you may want to rethink; allow us to introduce you to Mangesh Ahiwale, a vada pav seller who donated Rs. 20,000 to the Maharashtra CM Relief Fund for drought affected farmers. 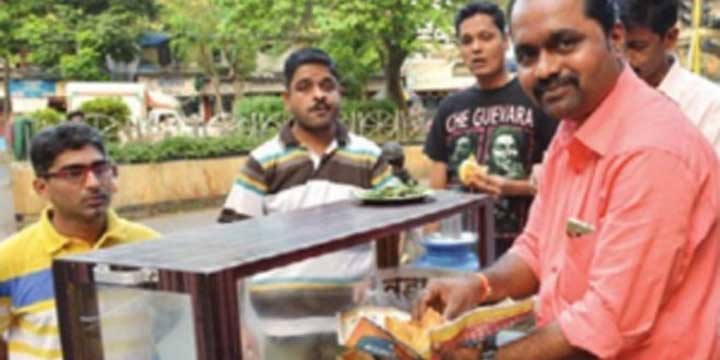 Maharashtra Chief Minister Devendra Fadnavis announced the donation through a series of tweets on his official Twitter handle. For one day, he sold his vada pavs for Rs. 5 as compared to the usual amount of Rs. 12 and raised Rs. 20, 000, which he donated.

On 11th October, he announced that he will donate complete earnings from that day towards relief measures for drought hit farmers.
(2/n)

For this he sold wada pav for ₹5/-instead of ₹12/-that day.
I appreciate his sensitivity towards society.Really touched by his kindness(3/3)

It’s not just Fadnavis that was touched. Reports of Ahiwale’s generosity have quickly gone viral and earned him praise all over the internet. Want to know more about the Relief Fund? Head to their website here.