Former American actress Meghan Markle is living a royal fairytale dream after getting hitched to Prince Harry. However, being a member of the Royal Family comes with its own ups and downs. While the Duchess of Sussex has a host of perks and benefits to her disposal, there are still a few basic things that are off limits, like garlic.

After brushing up her high tea etiquette to sit down with the Queen, Markle now has to bid adieu to the flavorsome plant, especially on official royal visits and travels. And the reason is something most of us with will relate with – bad breath. “Garlic is banned from being included in foods eaten by royal family members. With many meetings between official visitors, it is thought to be advised against to prevent any awkward bad breath”, said a report.

Legit as the reason is, it must also be noted that Queen Elizabeth II does not like garlic in general. “We can never serve anything with garlic or too many onions,” Darren McGrady, royal chef at Buckingham Palace, explained to RecipesPlus. “The Queen would never have garlic on the menu.” But queen or no queen, the rules do seem reasonable. No one likes to bow down to a stinky monarch! 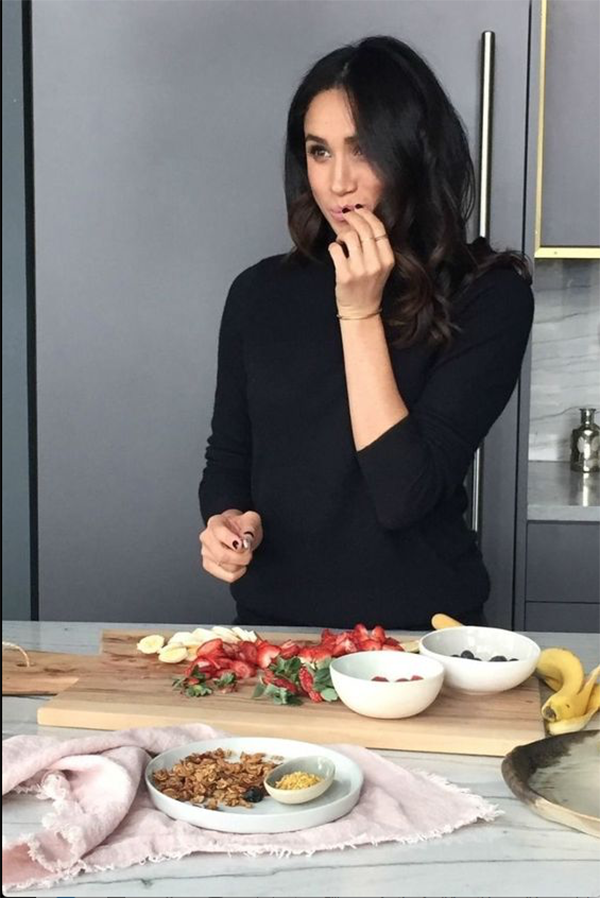 Additionally, during their travels, the royal family has also been advised not to indulge in shellfish, as there is a high risk of food poisoning associated with the food. And falling ill is one of the luxuries a royal cannot afford on official tours. Speaking of which, Harry and Meghan will set out on their first tour as a couple to Dublin, which will be followed by a Commonwealth tour of Australia.

Natalie Portman Wants To Host Her Own Vegan Cooking Show