Scrolling through your Facebook feed in the morning probably takes you through a plethora of shares and re-shared posts. Some are funny trolls or witty sayings while others are call to actions or requests for help. In fact, calls for help get a massive amount of shares – so many that one actually wonders whether the people re-sharing them have actually gone through the details of the tragedy or are just clicking the share button to fill up their goodwill quota for the day.

A brave and daring Facebook user, Stephen Roseman called such people out by posting a photograph of a dog on his page: 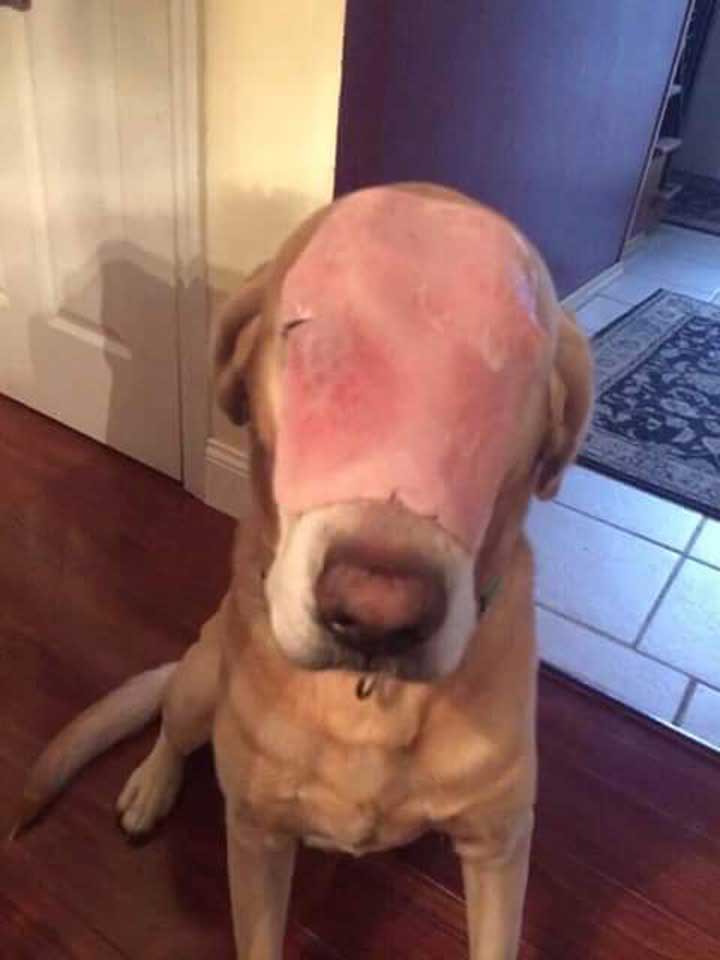 The photograph is captioned –

Of course, if you look closely (or even somewhat briefly) at the picture you’ll realise the dog isn’t disfigured at all. He just has a fairly large slice of ham on his face. Do you see it now?

Some Facebook users were not as intuitive or attentive and proceeded to share the photograph with emotional comments:

Meanwhile, these users that shared the photos refuse to believe that the dogs face is simply covered in ham: 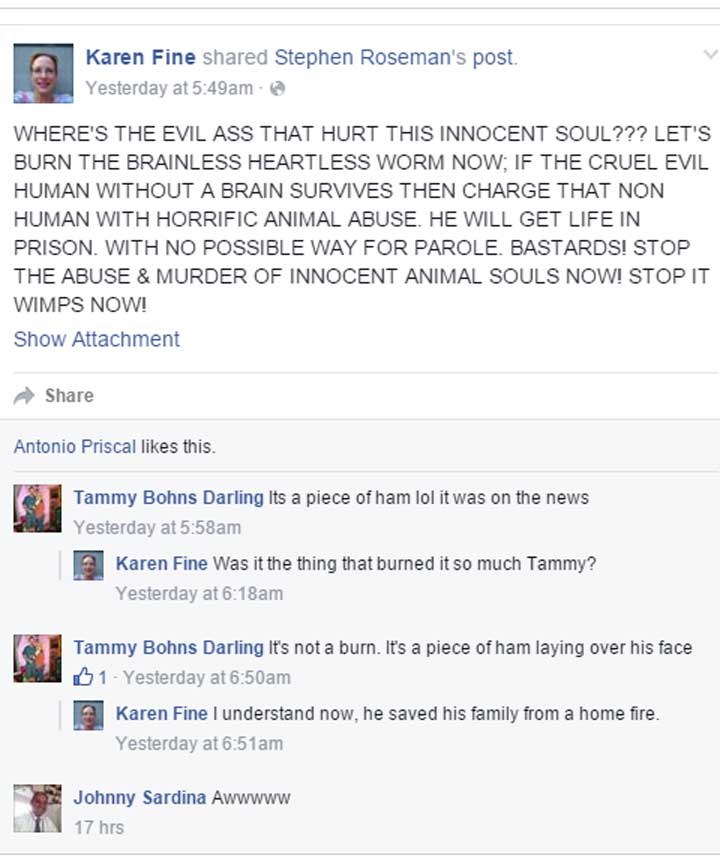 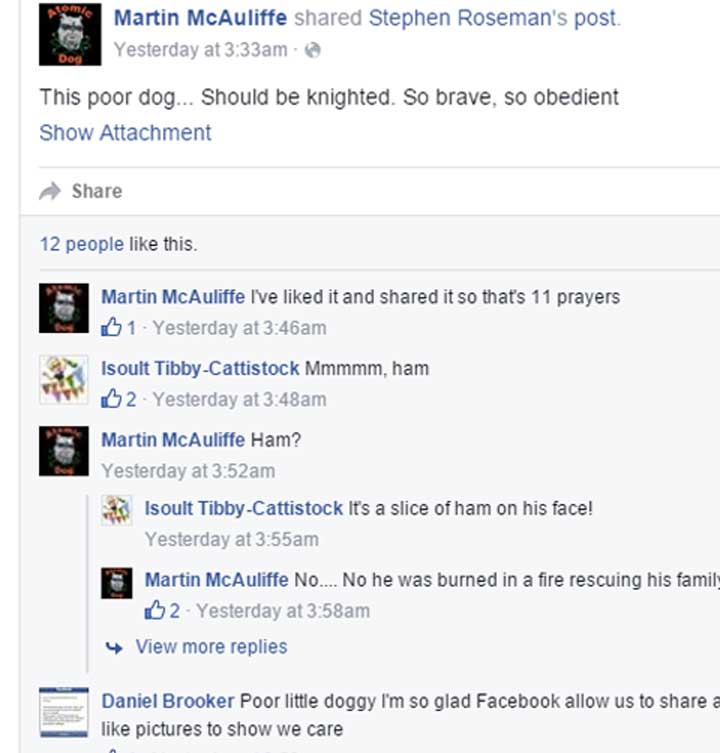 Still more users are disgusted with Roseman, calling the post a ‘sick’ joke in ‘bad’ taste. 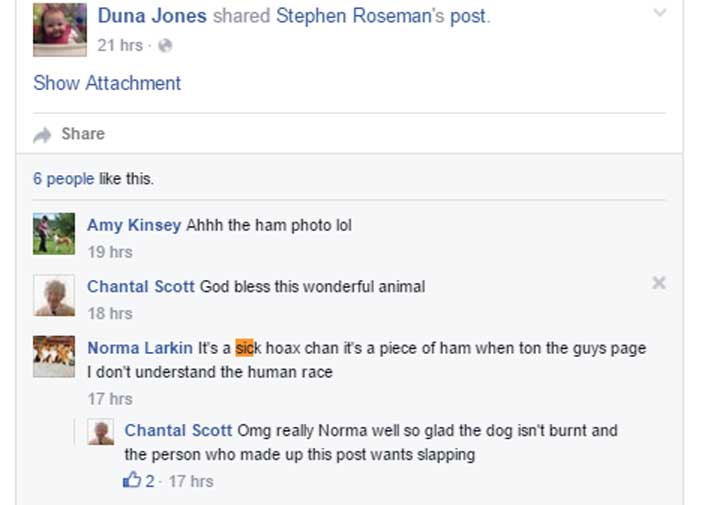 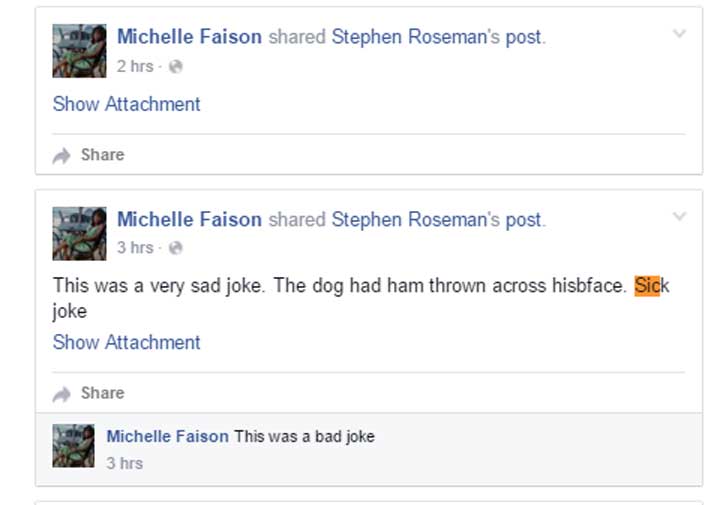 However, we prefer to see the picture as a joke and a reminder that posts should be looked at carefully before you endorse them by sharing – a sentiment that these users agree with: 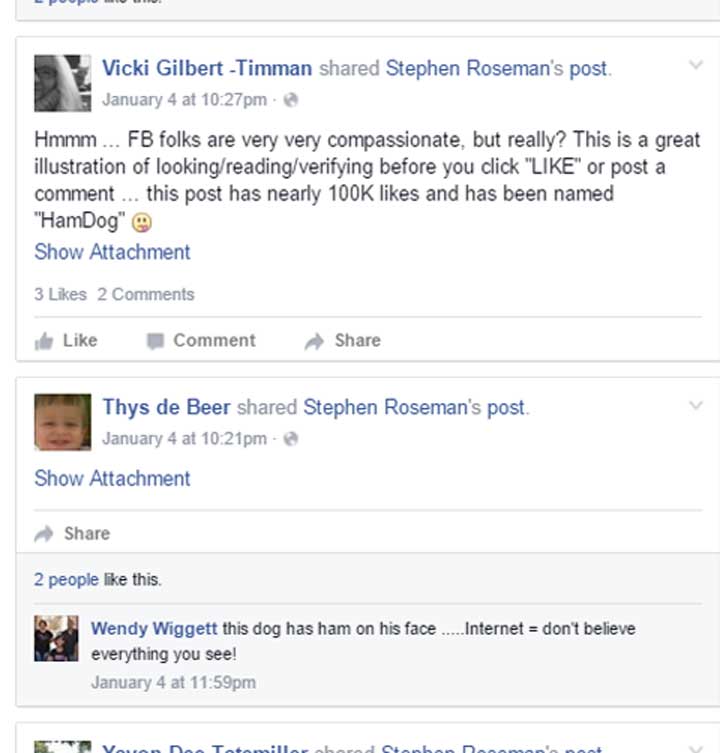 Till date, the photo has been shared 127,155 times, received 76,567 likes and has been featured on the Huffington Post, Fox News, Mashable and The Sun. The dog has been christened ‘HamDog’ and thousands of people across the world are praying that it was able to eat the ham after the photo was taken.

HamDog, we’re sure will be a lesson to hasty re-posters – for days to come they will be mulling over how they allowed themselves to be fooled by a dog and piece of ham.