Mumbai is on a food truck roll! After The Bombay Food Truck announced its entry a few weeks ago, we’ve sniffed out another food truck that will trundle into Kandivali on October 13th; the liltingly named ‘Tasty Trails.’

https://instagram.com/p/8VrYgNgHch/?taken-by=tastytrails
Run by foodie duo Suraj and Juhi, Tasty Trails will be serving Italian eats with a twist – a so called ‘Twist in the Trail’.  While their menu is yet to be released, rumours suggest that it will be creamy, saucy and cheesy; in short, all that’s good about Italian food.

“We wish to touch a million hearts through their taste buds,” says Juhi, while Suraj adds that they “believe in offering quality & tasty alternative to the norm.” Another example of challenging the norms is seen in the food truck’s decor; it’s covered by graffiti that is inspired by Mumbai’s city life. 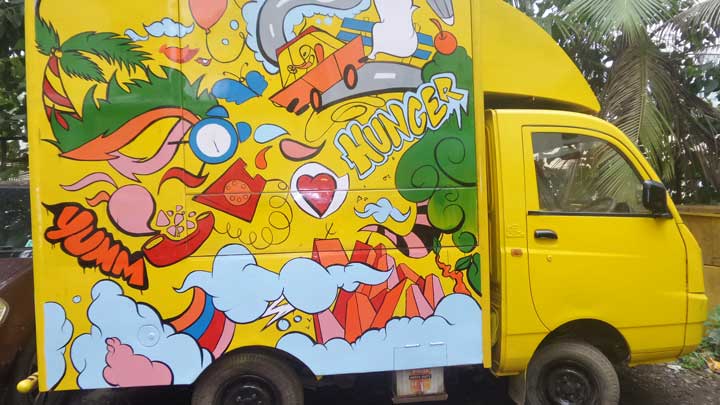 While Tasty Tails will launch first at Kandivali, Juhi and Suraj aim to take a Tasty Trails fleet all over Mumbai in the future. Until then, Kandivali, our eyes (and watering mouths) are on you!

Why Pronto Pizza In Mumbai Is The Ideal Destination For Students, Families and Office-Goers Alike