The taste of Uttarakhand at The Kitchen, The Raintree, Anna Salai

The Raintree, Anna Salai is celebrating the rich culinary legacy of diverse Indian cuisines with 3 weeks 3 cuisines themed dinner buffet at their multi-cuisine restaurant, The Kitchen starting from 2nd to 22nd June 2017. The theme of the current week is named ‘Uttarakhand Utsav’ which will have cuisines from different regions of Uttarakhand and will be held from 16th – 22nd June 2017 at The Kitchen. 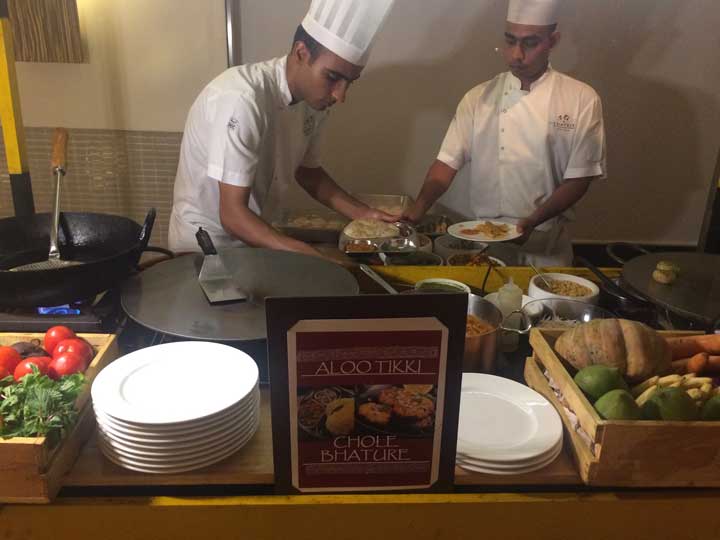 This week’s theme celebrates the cuisines originated from the northern state of Uttarakhand. Snuggled in the foot hills of the majestic Himalayas Kumaon and Garhwal are two distinct constituent regions of Uttrakhand. While the cuisines of Uttarakhand are high on taste and nutrition, the food habits of the people change according to the changing seasons. The special dinner buffet at The Kitchen features some of the best Garhwali and Kumaoni recipes such as Gahat ke Paranthe, Bhang Ki Chutney, Aalu Ka Jhol, Kafuli, Phaanu, Baadi, Chainsoo, Aalu Gutook, Kumaoni Raita, Sisunak Saag, Dubuk, Rus/Thhatwani, Arsa, Singodi, Jhangora Ki Kheer and many more.

One can take a dazzling journey to the culinary delights from the land of Gods and relish the charm of the mountain cuisine flavors at The Kitchen, The Raintree Anna Salai. This exquisite buffet is priced at Rs 1,400+ taxes. For more details and reservations, contact +91 44 28309999.

Dude, who moved my cheese? These car thieves put a cow in a Maruti