A recent study had shown how posting food pictures on social media can help you lose weight. But in case that isn’t working for you then a Danish study has found that when a diet of an overweight adults was changed from refined grains like white bread and pasta to whole grains, there were significant changes like lesser food cravings, weight loss and decrease in inflammation. As reported by Science Daily, the findings were brought forth in a study conducted by the National Food Institute, Technical University of Denmark.

How Are Whole Grains Healthier 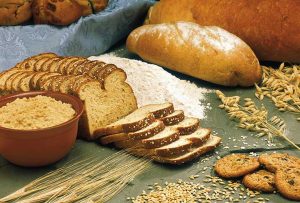 Blood tests taken from the individuals following a whole grain diet shows that there was less inflammation in their bodies and also that rye has an additional benefit on the blood content of inflammatory markers. Overweight people tend to have inflammation even without an infection and may lead up to type 2 diabetes.

Whole grains are good news for those looking for losing weight too. The Danish study found that the food cravings of those who switched to whole grains were reduced and they tended to eat lesser than before resulting in weight loss. “Our analysis confirmed that there is a sound scientific basis for the dietary recommendation to eat whole grains. This may particularly apply to people, who are at increased risk of developing cardiovascular disease or type 2 diabetes,” Professor Tine Rask Licht from the National Food Institute told the publication.

Pack A Pav Opens A Third Outlet In The City