Starbucks lovers brace yourselves because this news is about to rock your world! While coffee drinkers around the globe have come to associate the green and white siren call of Starbucks with a caffeine shot it may have turned out quite differently!

According to Delish, co-founder Gordon Bowker recently sat down with the Seattle Times to discuss some of the lesser-known facts behind the mega-chain. Besides noting that he probably could have done it on his own, Bowker admitted that the multi-billion dollar company almost had a much less pleasant name. 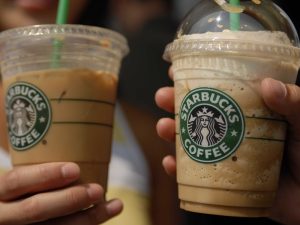 “It came desperately close to Cargo House,” the co-founder said. The less catchy, less attractive name was ousted when Terry Heckler – with whom Bowker owned an advertising agency – said that words beginning in “st” are extra powerful. And so, they made a list of “st” words.

While brainstorming, an old mining town (near Washington state’s Mount Rainier) named “Starbo” came to his attention. Being the avid reader he is, Bowker thought of Starbuck, a character in Herman Melville’s book, Moby-Dick. “It was only coincidental that it seemed to make sense,” Bowker explained. The rest, as they say, is history!

Aren’t you glad it turned out that way? Who can imagine spending almost half their salary (I exaggerate, but not by much) on a coffee at a place named Cargo House?

People Are Snorting Chocolate Powder For The Weirdest Reason

10 Tips Straight From The Kitchen Of Ina Garten