Weight loss seems to be on everyone’s mind these days. From the Kardashians advertising tea to the regular rumours that make the rounds (drink lemon and water etc). However, the folks at UCB have come out with some, quite frankly, shocking news. According to their new study, smelling your food could be the reason you’re gaining weight.

We all know that smell is an important part of the tasting process, but this is taking it to the next level. According to the article published by UC Berkley obese mice who lost their sense of smell also lost weight. Hence, smelling food could be a way to gain weight (anyone who wants to mass up, take note). 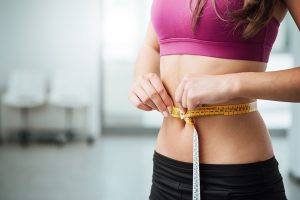 In the article, it says that smell-deficient mice ate the same amount of fatty food as mice that retained their sense of smell and ballooned to twice their normal weight.In addition, mice with a boosted sense of smell – super-smellers – got even fatter on a high-fat diet than did mice with normal smell.

The findings suggest that the odour of what we eat may play an important role in how the body deals with calories. If you can’t smell your food, you may burn it rather than store it.These results point to a key connection between the olfactory or smell system and regions of the brain that regulate metabolism, in particular the hypothalamus, though the neural circuits are still unknown.

So guys, maybe cut down on the Fittea and green tea and hopefully, you could ditch the gym as well because all you need to invest in is a pair of nose plugs to cut the calories!

Best Wines To Have While Losing Weight