The 16th edition of the Sattvik Food Festival is to be held in Ahmedabad from 22nd to 25th December reports DNA India. The report also laid emphasis on women farmers’ being in the lead at the festival. 70% of the products at the festival would be made and sold by these ladies. The number of farmers participating in the festival is at least 150.

This festival is organised annually by Society for Research and Initiatives for Sustainable Technologies and Institutions (SRISTI). The highlights of the festival will be traditional food, conservation of agro-biodiversity as well as highlight the demand for rare nutritional crops. The festival will also be promoting millet and to do so at least two millet dishes will be available at each stall. The farmers will also be able to sell directly to the consumers via a dedicated corner called the ‘Khedut Haat’. 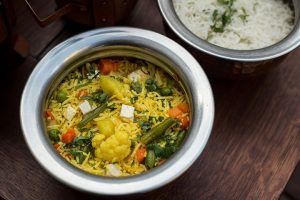 “This is the first time we will have more than 50% women farmers participating. There will 50 women farmers to sell agricultural dry products. Overall, 70% women farmers will participate this year. This will empower them and help them understand consumer demands,” said Ramesh Patel, SRISTI secretary while speaking to DNA India.

The publication also spoke to Jyoti Ramparia from Ahmedabad who will also be putting up a stall in the festival. “Dishes like Thalipeeth, Kidari Kothmir Ghensh, Halari Katla Paak, Halari gutto are very much a part of our daily food at home. Hence, I decided to share these recipes. They are healthy and nutritious.”