If you live in Chennai and are confronted with a late night food craving, 99% it is for a roadside Parotta Salna. It is indeed Chennai’s answer to the best guilty pleasure comfort  food. Served at all the “Thattu Vandis” (push carts) this simple creation is a flavour bomb!

As we await the rains to relieve us from the scorching heat, we are reminded of standing at a thattu vandi late at night with the monsooon breeze wafting the delicious smells of Chicken and Flaky Parottas around us, grabbing our plates with glee and dousing the hot parottas with the gorgeous thick Salna. 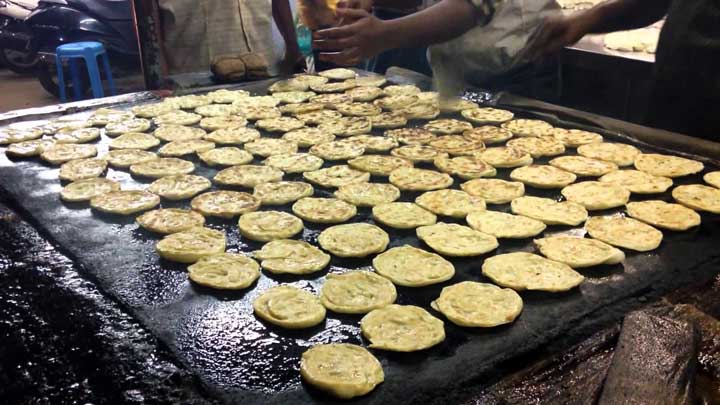 What Exactly is it?

The Salna is not exactly a kurma, or a curry although it does fall under that bracket. At the most it can be loosley translated as “Gravy” It is not a soup, but has the consistency of one. It can be plain or it can be with large pieces of meat or vegetable. It is something that is taken for granted with your order of Set Dosa or Parotta. Big buckets of this are kept at the stalls and punters ladle out the gravy on top of their dishes. This is no side dish that one uses as a dip. Salna is meant to be poured over and submerge your main dish. That is its nature, you will want to drink it. 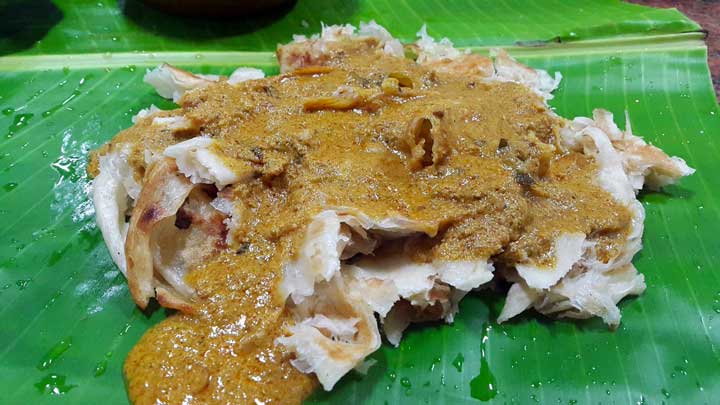 Parotta is its best friend, although people have their own take on what to pour salna over. Biriyani, Dosai, Idli and even Bread are common favourites. Ususally the Parotta is shredded to bits first and then doused with the salna. An onion Raita is also always found as the side kick to the Salna.

The origin of Salna is unique to South India and versions of it can be found everywhere. Called Chalna in some places and Chaaru cury in Kerala, this gravy (for lack of a better more spectacular word) was created actually by accident.

We do not know where exactly it originated as history of street food is a bit tricky, but we believe (after many discussions) that it probably came about when some street vendor had customers demanding for more chicken curry, but was running short, so quickly ground up some more masala and added it to the existing chicken curry added enough water to get the soupy consistency and just let it boil away so that all the chicken flavour infused into the masala. Very little actual chicken, but the flavours spot on and seeped right in. 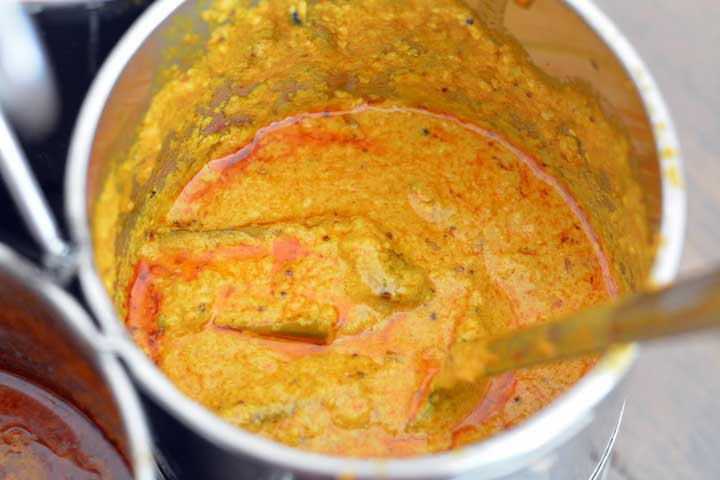 Over time  a recipe has developed that involves using minimal ingredients and extracting maximum flavour out of them. At the street , the cheapest cuts of the chicken are roasted off with onions and tomatoes. After this the ground masala is added. Water poured and the gravy is allowed to bubble away for many hours until the night time customers arrive.

Check out this great recipe for Salna here.

So the next time you are in Chennai, driving along at night and spot a Thattu Vandi, screech to a halt and go immerse some hot parottas in Salna. We warn you, you will crave it every night there after.

Namma Chennai : Where a Window Can Lead to Bajji Heaven