You’ve had a long day and you can’t wait to get back home. All that’s keeping you going is the thought of a big spoon of nutella from that delicious Nutella jar in your cupboard. You day dream while you commute your way home from work. You enter the house anxiously, rush to the kitchen, open the cupboard, reach for the jar and lo and behold – it’s empty.

You’re not sure how you feel as you’re locked up in a whirlwind of emotions – anger, sadness but mostly devastation. You vow to find the Nutella thief.

So this entrepreneurial genius from Germany knows exactly how you feel and having a few friends of his own who have gone through this heartbreaking process, he decided to do something about it.

Daniel Schobloch, of Borkenkaefer Furniture and Fittings, came up with the idea not knowing how it would pan out, but it turns out people really wanted a way to lock their Nutella jars.

“The idea started out as a joke,” Schobloch said. “One of my friends was always getting worked up because his children were stealing his Nutella.” 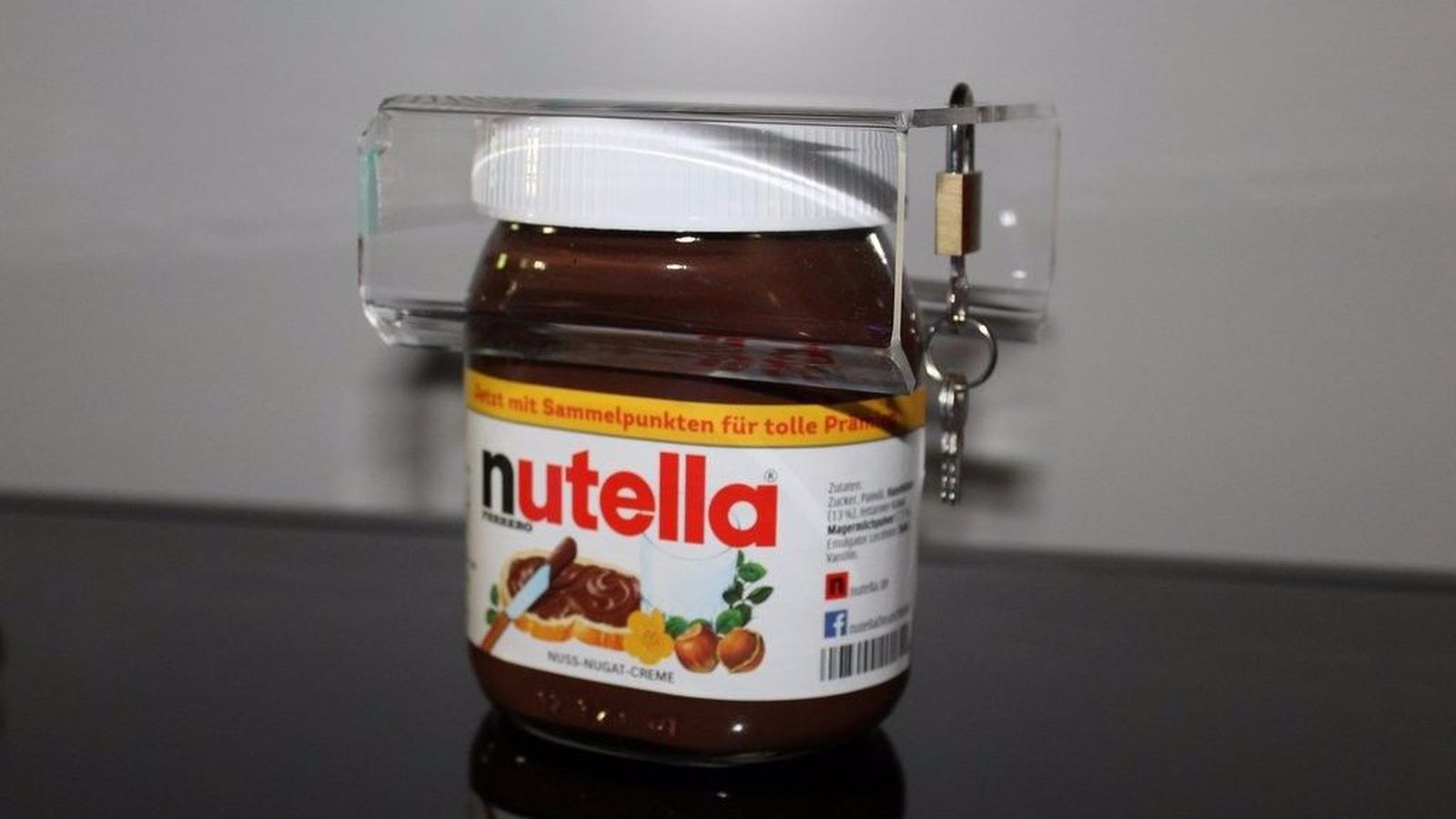 Schobloch’s invention is an acrylic lock that fits around the top of a jar of Nutella and prevents anyone from opening it without a key. Schobloch made one for his friend, but then so many other people wanted them that he decided to put them up on eBay. So far he has sold over 1,000 of them at €9.99 each.

He hopes to have it in stores in the new future but so far has had his idea patented and is being sold on ebay. But one now!

Which Of These Genius Kitchen Inventions Do You Need? #POLL

Which Is The Most Used Food Emoji On Your Keyboard? #POLL