Soya chunks are a fun, delicious, and healthy alternative to vegetables and certain meats. And although, there is nothing that can completely substitute the aforementioned, soya chunks also called nutria-nuggets) is the closest one can get. The ingredient can be used for making a number of dishes like pulao, biryani, sabji or a delicious and rich soya chunks curry.

Soya chunks curry is a decadent preparation that packs a palatable punch with its masala-rich gravy and soft, succulent, and juicy soya chunks that absorb all the flavours of the curry, in turn becoming even yummier. You can tweak the spice level of the gravy according to your taste, but here’s a recipe that features a mildly spiced curry. 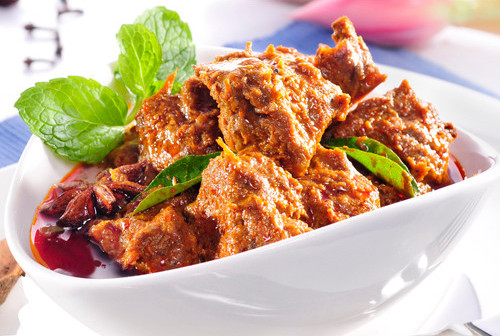 Votes: 3
Rating: 4.67
You:
Rate this recipe!
Ingredients
Instructions
Related Topics:currygravy.nuggetssoya chunks
Up Next