Halwa is a traditional Indian dessert that resembles a pudding in consistency in texture. What makes the halwa super delicious is the fact that the ingredients are roasted in ghee while making it, which imparts a delicious flavor to the dish while allowing the other ingredients to impart maximum flavor as well. It is usually made with granular or powdered ingredients like sooji/rava (semolina), atta (wheat), besan, ground moong dal, and more. One such halwa variant is the dates halwa or khajur halwa.

As the name suggests, this halwa uses ground dates that are soaked in milk to make them soft, delicious, and easy to grind. Much like other halwa recipes, this one too uses delicious aromatic spices like cardamom and saffron. Follow the instruction below to whip up a rich dates halwa at home! 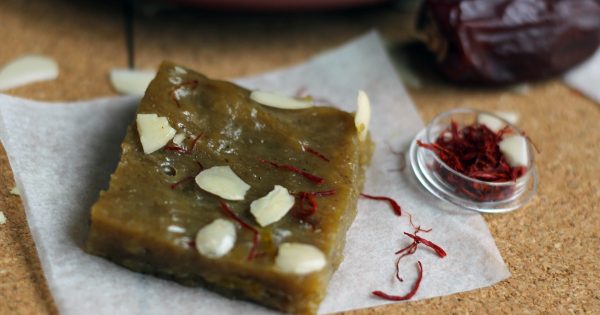 Votes: 0
Rating: 0
You:
Rate this recipe!
Ingredients
Instructions
Related Topics:DatesDessertshalwakhajur halwarecipes
Up Next