Is chocolate really junk food? Ask again. Chocolates are more than just a cure for broken hearts. The tastiest food on earth has many health benefits. Just don’t go over board- chocolates still contain sugar and fat. Here, 10 benefits you didn’t know your favourite indulgence had.

Raw, unprocessed cocoa beans are among the highest scoring foods with antioxidants that have been tested. Made from the seed of the cocoa tree, dark chocolate is one of the best sources of antioxidants on the planet. Dark chocolate is loaded with organic compounds that are biologically active and function as antioxidants. These include polyphenols, flavanols, catechins, among others. One study showed that cocoa and dark chocolate contained more antioxidant activity, polyphenols and flavanols than other fruits they tested, which included blueberries and Acai berries.

Want a night to remember? Forget roses and jewellery and make sure your date is planning to treat you to some chocolate. Oh yes, but that’s all we’ll say. *wink, wink*

There is a reason for craving certain food, such as chocolates, at that time of the month. Chocolate releases calming endorphins that reduce anxiety. Plus, it is high in magnesium. This helps reduce anxiety, lifts mood and reduces water retention.

A chemical (theobromine) found in chocolate may reduce pre-eclampsia, a major pregnancy complication. Darker the chocolate, the better. Women who ate chocolate daily during their pregnancy reported that they were better able to handle stress than mothers-to-be who abstained. Also, a Finnish study found their babies were happier and smiled more. Hmm, so your options are popping a piece of premium chocolate or sticking a pacifier in your screaming baby’s mouth?

A recent study shows that people who regularly consume 70% dark chocolate (about 20 g per day) showed a marked improvement in blood flow, while no improvement is observed in those who eat “processed” chocolate, which contains very little cocoa paste. Studies have shown that milk prevents the absorption of dark chocolate’s polyphenols, thereby neutralising its beneficial effects. Milk contains large amounts of casein, a protein that interacts with polyphenols and prevents them from being efficiently absorbed by the intestine. It is therefore always preferable to consume dark chocolate unaccompanied by milk. London researches tested the prowess of dark chocolates against sun protection and it was found that the skin of those, after 3 months of eating dark chocolate, took twice as long to develop the reddening effect that indicates the beginning of a burn. After 12 weeks, the chocolate eaters’ skin was 16 percent denser and 42 percent less scaly. Concerned about it causing acne? Researchers at Australia’s University of Newcastle reviewed the evidence and found nothing to suggest that chocolate triggers blemishes. 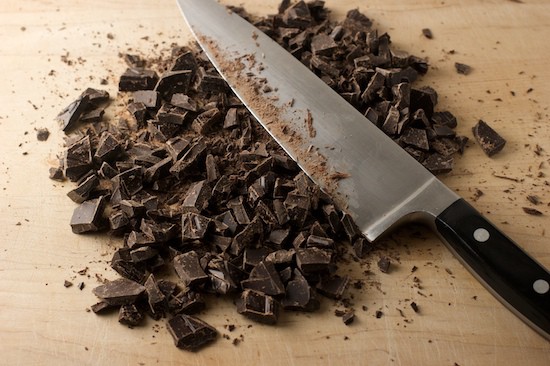 Next time you’re under pressure on a work project, don’t feel so guilty about grabbing a dark chocolate bar from the vending machine. Not only will it help your body ward off the effects of stress, but it’ll boost your brain power when you really need it. A University of Nottingham researcher found that drinking cocoa rich in flavanols boosts blood flow to key parts of the brain for 2 to 3 hours, which could improve performance and alertness in the short term. Where’s my thinking chocolate? 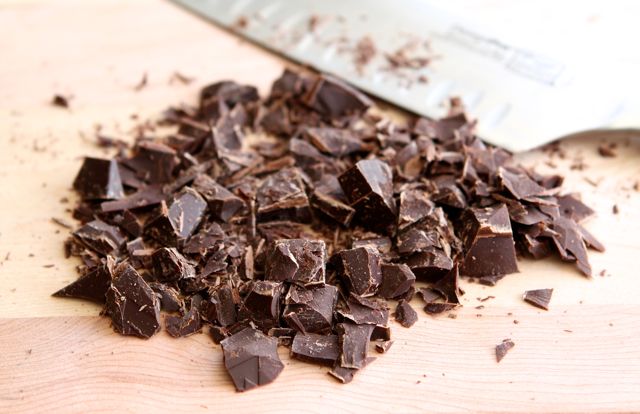 One study found that chocolate quieted coughs almost as well as codeine, thanks to the theobromine it contains. This chemical, responsible for chocolate’s feel-good effect, may suppress activity in a part of the brain called the vagus nerve. Cough relief, without the side effect of feeling sleepy and dull? Now that’s something we’d like a car of.