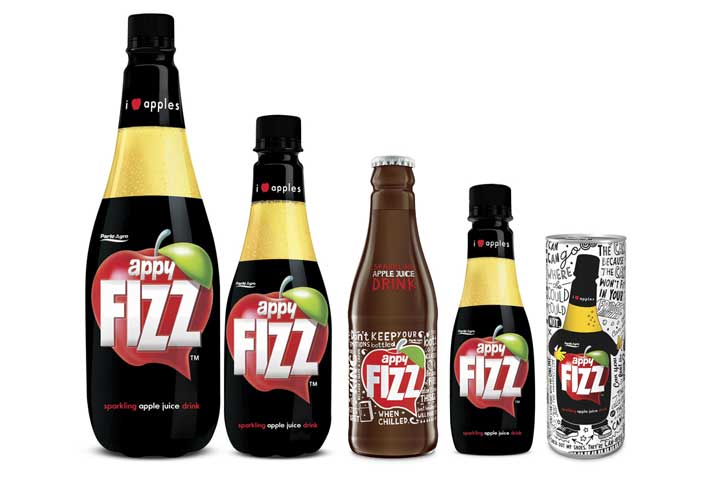 Now, with Priayanka Chopra on board, Appy Fizz has been updated to give it a modern spin. One promotional teaser describes the upgraded Appy Fizz as “The new look of the season: Tall dark and fizzy. Coming soon.”

Along with a collection of photographs featuring Chopra suavely dressed holding a bottle of Appy Fizz, the brand has uploaded a TVC on their YouTube channel:

As you can see, Chopra lights up the screen with boldness and confidence. In an interview with Campaign India, Naina Chauhan, the CMO at Parle Agro said “There are a few things that Appy Fizz as a brand stands for in its new avatar. ‘Confidence’, ‘boldness’, ‘sexy’, ‘ambitious’ and ‘intriguing’ are some of them. We felt Priyanka Chopra and Appy Fizz shared some of these values and together, we could deliver a very differentiated campaign.”

The brand is investing around Rs. 70 crores in advertising with a focus on digital as well as television marketing. Additionally, it will involve outdoor, print and cinema advertising. Keep your eyes peeled for Appy Fizz’s new avatar!

In Italy, It’s Not A Crime To Steal Food If You’re Poor and Hungry

Krispy Kreme Is Opening in Koramangala on May 7th