The constant fight to choose a cover that’s pretty and/or sturdy enough to not break when you’re a complete klutz is difficult. And frankly, isn’t it just better to skip the whole cover drama? Because frankly, after paying an arm and a leg for that high-end gadget, one would want the world to see it. But let’s face it, that metal/matte finish isn’t going to protect your million dollar baby from cracking open when you go dropping it around town. 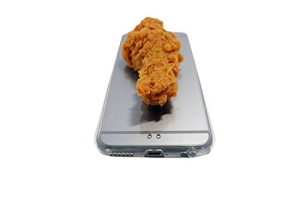 A company called Meerkat understands your “plight”. They have designed a revolutionary fried chicken case that you would totally want to flaunt! Comforting and delicious as the concept sounds, it looks even better. Meerkat describes the case as “a gel case with silicon chicken drum stick, which also works as a kick stand”. Cool, or what? 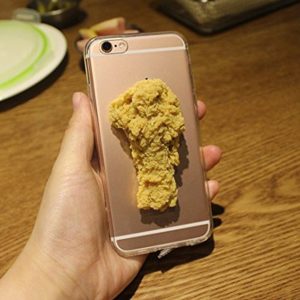 So if you are a crispy fried chicken fanatic, you can now share the delight with your gadget as well. Buy it here.

Psst! The company also makes some dope AF sushi covers for when you feel fancier.

Priyanka Chopra Loves Burgers & Is Officially The Queen Of Everything