Unless you’ve been living under a rock for the last 5 years or so, you’ll know that Kurkure was one of the first victims of the ‘fake news syndrome’ with numerous messages being spread about the PepsiCo snack being made out of plastic. However, there will soon be an end to all of that as PepsiCo isn’t taking these allegations lightly.

On May 31st, 2018 PepsiCo filed a defamation suit in the Delhi High Court against Facebook, YouTube and Twitter, demanding Rs 2.10 crore in damages. According to two court-ordered mandates, all URLs/weblinks that directly or indirectly implied that Kurkure contained plastic have to be removed immediately. 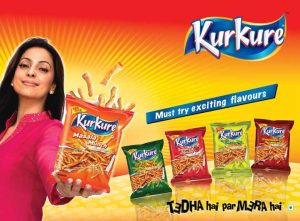 “The myth that Kurkure contains plastic has been proven untrue over a period of time. Kurkure, like any other snack made from rice and papad will burn. We are concerned with fake news continuing to spread,” said Sandipan Ghatak, a corporate communications associate at PepsiCo India.

Even old tweets have been pulled up with notices being sent to Twitter users and the content being removed. If one tries to view a tweet with the Kurkure plastic connection you’ll instead find the words “tweet has been withheld in response to legal demand”.

However, that didn’t stop some people from still cracking a few jokes.

So Pepsi took down a bunch of tweets about Kurkure being plastic?

Man just when I was thinking of recycling them

Did you know: Plastic is made of Kurkure.

Ah, well, you win some, you lose some.

Starbucks’ Partner Geetu Mohnani’s Coffee Love Is Taking Her Across The World: Here’s A Closer Look

Malaysian Temple Sets A Record Of Serving Food To 5000 Devotees