We all know that soda is unhealthy. What with the sugar, the acid content and the carbon dioxide, every carbonated drink is a literal cocktail of unhealthy additives. Countless studies have indicated that regular soda consumption can lead to Type 2 diabetes, heart disease, obesity, tooth decay, gout and even dementia.

To combat their ‘unhealthy’ image, several soft drink companies released diet or light versions of their drinks such as Diet coke and Diet Pepsi, which have reduced sugar content. 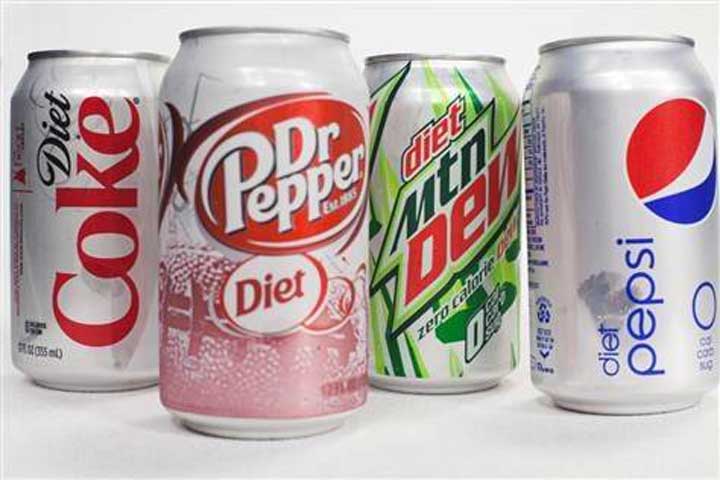 Okay, so consumers now think that diet soda is also bad for them. So, what are the companies to do? Recently, in India both Pepsi and Coca-Cola announced that they would be releasing the popular drinks in 150 ml cans, to target consumers who crave soda, but want less of it, possibly for health reasons. 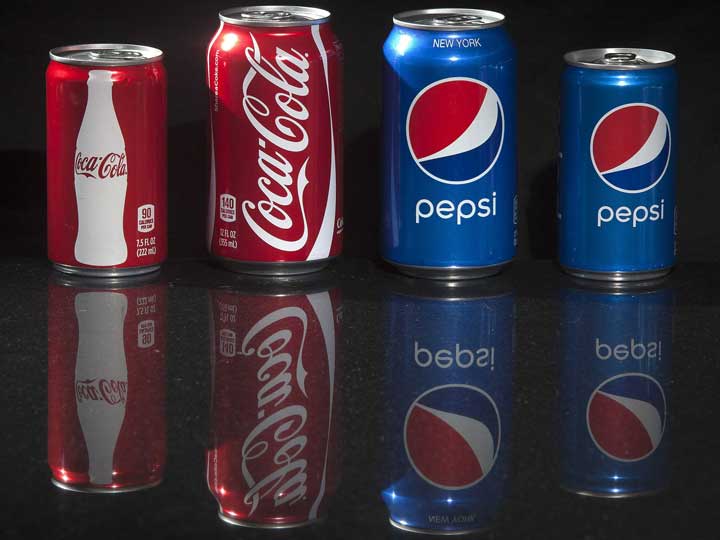 However, Pepsi recently took things a step further by releasing an ad for revamped Pepsi bottles in the shape of dumbbells.

Yes, dumbbells, as in the equipment we use to work out at the gym.

The dumbbell shaped bottles are exclusively for Pepsi Light in Brazil and, when full, weigh 2 kilos. 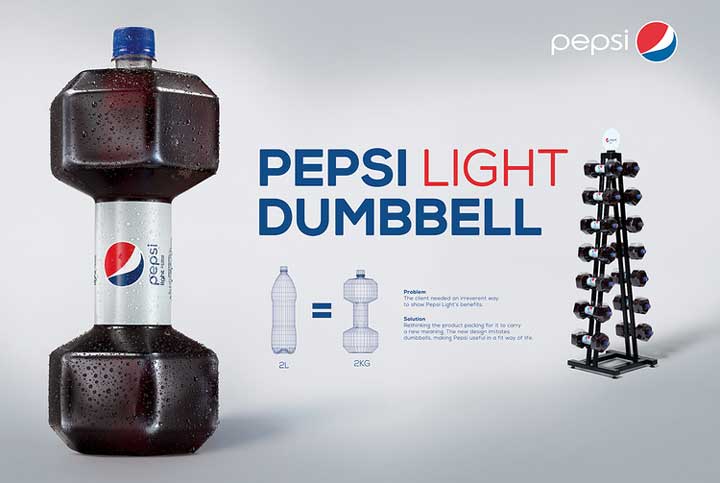 Understandably, the internet is a little confused; are consumers supposed to use the bottles to work off the weight they will put on after drinking the soda? Won’t dumbbell shaped bottles just remind them of all the health implications of drinking diet soda and put them off it in the first place?

The way Pepsi sees is (according to the campaign) is that “After all, a product that sells a light way of life deserved a new packaging that showed just that.”

However, we’re not so sure that the ad will succeed in convincing consumers that the drink will lead to a ‘light way of life’. In fact, it may just do quite the contrary and make them pass over those bottles of Pepsi in the grocery store. How do you think this campaign will pan out?