Ever imagined how it would be to start your day with a colorless bowl of cereal? Or worse, being unable to look and tell between orange and strawberry flavor? Here’s why.

Panera restaurants might not serve you the same pearly white cheese. And Subways, will no longer have the banana peppers in the same happy yellow shade. Not sobbing yet? Ok this ought to do it. Trix cereal will have two fewer colors.

Death of the Dye

Food makers are removing artificial dyes from their food as people are increasingly boycotting anything in their food they don’t feel is natural. But replicating the vivid colors Americans expect with ingredients like beets and carrots isn’t always easy.

In fact, General Mills couldn’t find good alternatives for the blue and green pieces in Trix, so the company is getting rid of those colors when the cereal is reformulated later this year. The red pieces — which will be colored with radishes and strawberries — will also look different. It’s ok, you can cry. 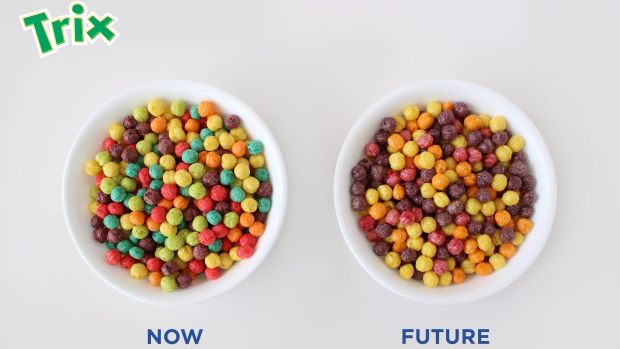 The shift away from artificial dyes marks the end of food coloring in the U.S., which has anyway had a rocky history. As recently as 1950, the Food and Drug Administration said children became sick after eating an orange Halloween candy that contained a dye. The agency eventually whittled down its list of approved color additives after finding several had caused “serious adverse effects.”

Now, more companies say they are replacing artificial dyes with colors made from fruits, vegetables and spices, which are widely considered “natural,” although the FDA doesn’t classify them that way. But these present more challenges than artificial dyes.

In addition to having a higher cost, colors from fruits and vegetables can be sensitive to heat and acidity. And since they’re used in higher doses to achieve the right vibrance, fine-tunes to other parts of recipes may be needed. Such adjustments can be tricky for companies that manufacture on massive scales.

Part of the challenge with colors from natural sources is that the range of hues has been limited. Blues, for instance, weren’t widely available in the U.S. until 2013. That’s when the FDA approved a petition by candy maker Mars Inc. to use spirulina extract as coloring in gum and candy. 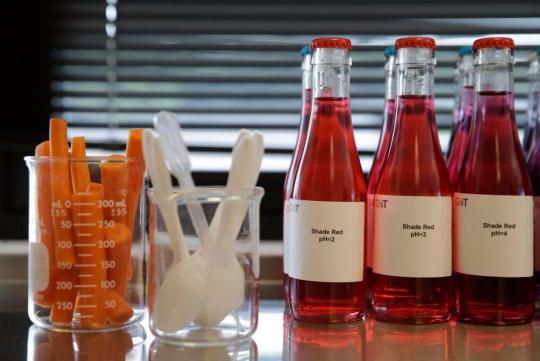 New Members in the Spectrum

At the company’s office in Tarrytown, N.Y., Hake demonstrated how to get blue from spirulina by pouring a liquefied version of it through a coffee filter to isolate the right color components.

The approval of spirulina extract also opened up the world of greens, which can be made by mixing blue and yellow. It turns out plants like spinach brown in heat and aren’t ideal for coloring.

The alga – an aquatic plant – can now also be used in ice creams, drink mixes and other products.

Getting approval for a new colour source can take years, but it’s one way companies can compensate for natural hues. In coming weeks, an industry group plans to submit a petition to use the carthamus in safflower for yellow, according to color maker Sensient Technologies.

Sensient also developed a “deodorizing process” to remove flavors from ingredients. This allowed the introduction of an orange for beverages made from paprika.

According to Sensient, three-quarters of its new projects for clients in North America involve natural colors. Globally, its sales of colors – natural and synthetic – come to about $300 million. 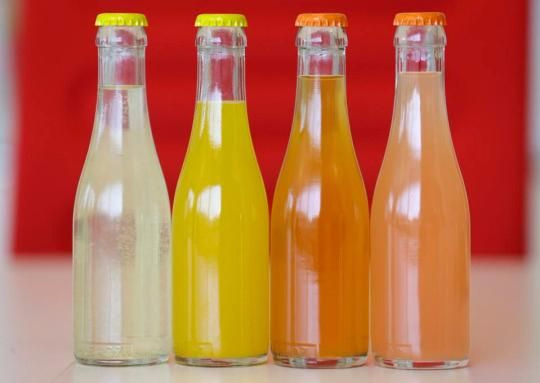 There are seven synthetic colors approved for wide-ranging use in foods. But these dyes can be mixed to create a wide range of colors. Synthesizing raw materials from petroleum, according to the FDA, makes the colors.

Synthetic colors still dominate in the U.S., but some cite a study linking them to hyperactivity in children in calling for them to be phased out. Lisa Lefferts at the Center for Science in the Public Interest also says artificial colors can be used in deceptive ways.

“They mask the absence of ingredients,” she said.

Tropicana’s Twister in Cherry Berry Blast flavour, for instance, list apple and grape juice concentrates, but no cherries or berries. A synthetic color gives it the appearance of having the latter fruits. 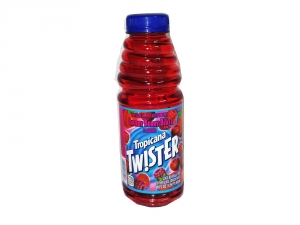 Some say a switch to natural colour sources isn’t yet possible because it might turn off customers, although they’re looking into how to change.

“We have to deliver bold colors and flavors, or people will stop buying,” said Will Papa, chief research and development officer at Hershey, which makes Jolly Ranchers, Twizzlers and Reese’s.

Mars, which makes M&M’s and Skittles, said it isn’t yet using the spirulina extract that it petitioned to have approved.

Get Pie Perfect at the Workshop by Nicky’s Cafe, Chennai

NASA Has Got Some Food News That You Just Won’t Be Able To Digest!