Food Hybrids seem to be all the rage right now. Well, not right now, but this year. We’ve had so many different hybrids and it’s reaching the point where people are running out of ways in which to create new dishes, simply because we’ve already mix and matched everything possible. The world loves food hybrids too and simply because they look good on Instagram and everybody likes posting pictures of their food on Instagram (I am guilty of this too!). But we’ve seen so many different food hybrids that it’s starting to get a little intense and also a little exhausting.

Honestly speaking, the hybrid isn’t the problem. It’s the names that they come up with and then everyone follows. That’s how a trend starts, obviously, but let’s make it stop. To give you an update on what we’ve seen so far, here is a run down of the food hybrids we’ve seen in 2016 so far. 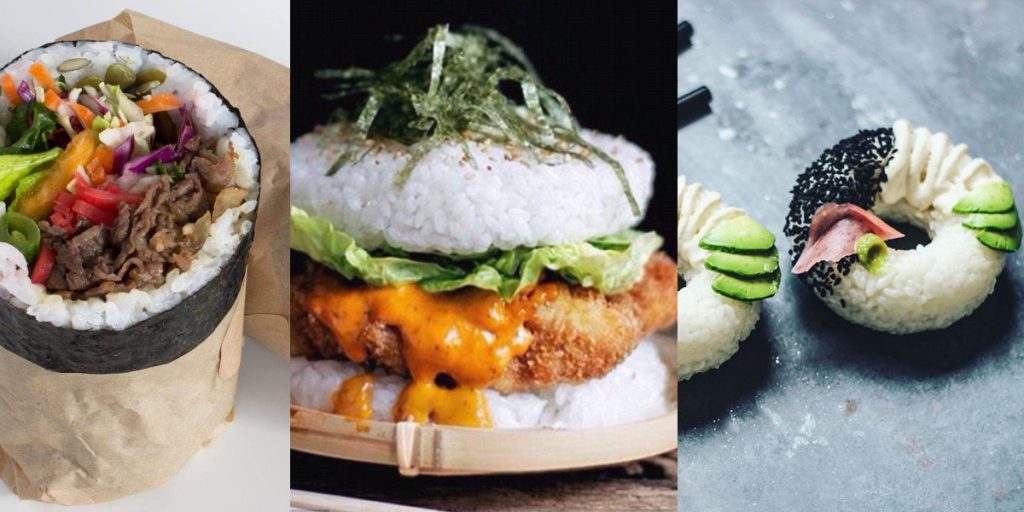 There was a time when sushi was just popular for being different from what we ate usually. The Japanese food is not entirely popular with everyone and is definitely an acquired taste. But people all over the world have been doing all kinds of things with sushi this year. We had sushi burritos, which is (if you think about it) a much bigger version of a sushi roll. Then we had sushi burgers, where the bun was made out of rice with the sushi stuffing used as the patty and whatever else. And finally, we had sushi donuts. Despite being called a donut, it wasn’t really sweet. It was a savoury donut.

We’ve talked about rainbow food so much that just mentioning it again seems repatitive, but it’s important because it’s the one food trend that has really taken over the world without an apology in sight. It started with rainbow bagels, which looked beautiful at first and then just got annoying. But then came the rainbow grilled cheese sandwich, which is still making a huge impact around the world. Then we had rainbow sushi, which was just sushi with food colouring and then finally, rainbow coffee. There’s probably more rainbow food out there that we haven’t covered, but it exists and it needs to stop. 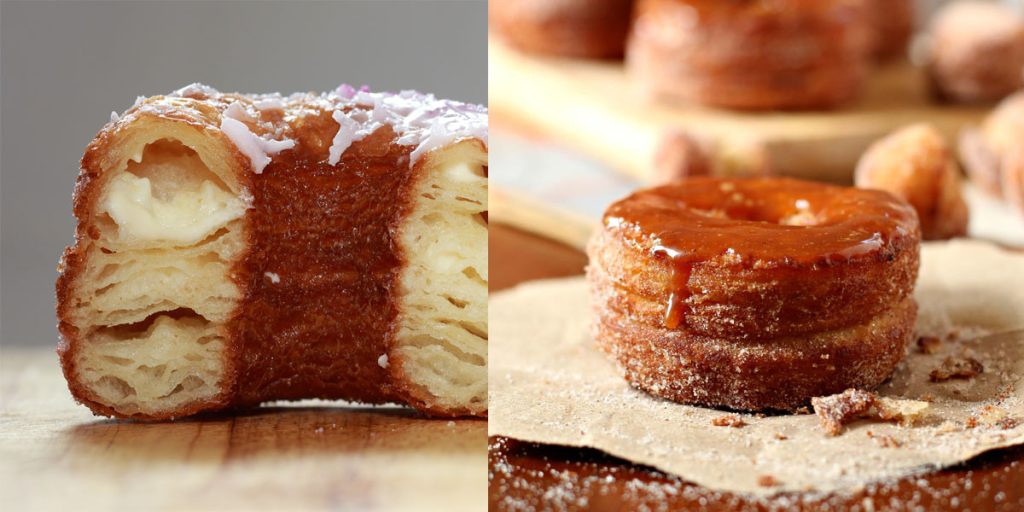 This is probably the only food hybrid that doesn’t sound ridiculous or even look that bad. It might seem like a totally bizarre combination, but it works. When a croissant and a donut come together, you have yourself a cronut. When they first launched it, there were tons of people waiting in line outside the bakery in New York just to get their hands on this new creation. Since then we’ve had so many more that maybe the cronut has lots all its excitement. 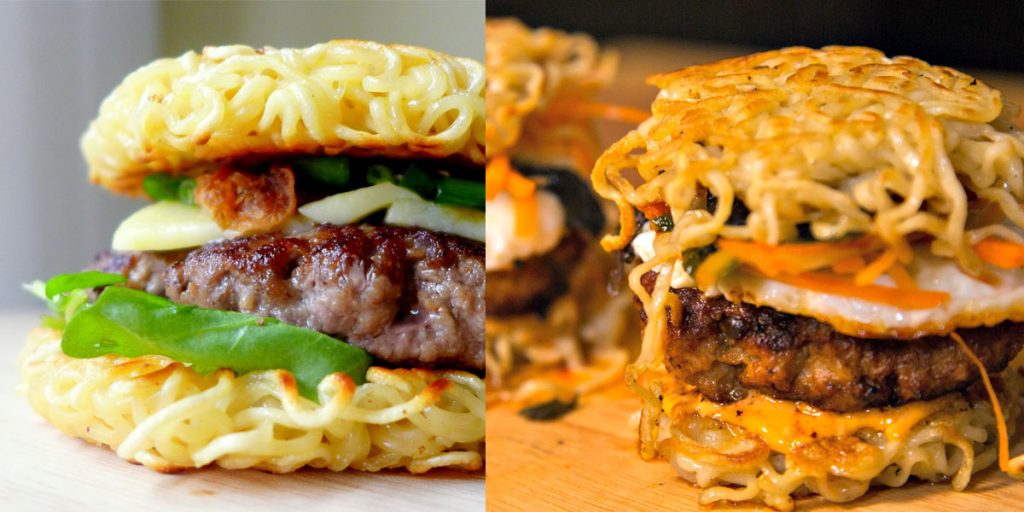 Much like the sushi burger, a ramen burger has ramen shaped into a bun with the meat patty inside it. Not a lot of people like ramen, so this might be a strange combination for some. But to others, it’s quite popular and apparently was popular enough to get the attention of people everywhere! 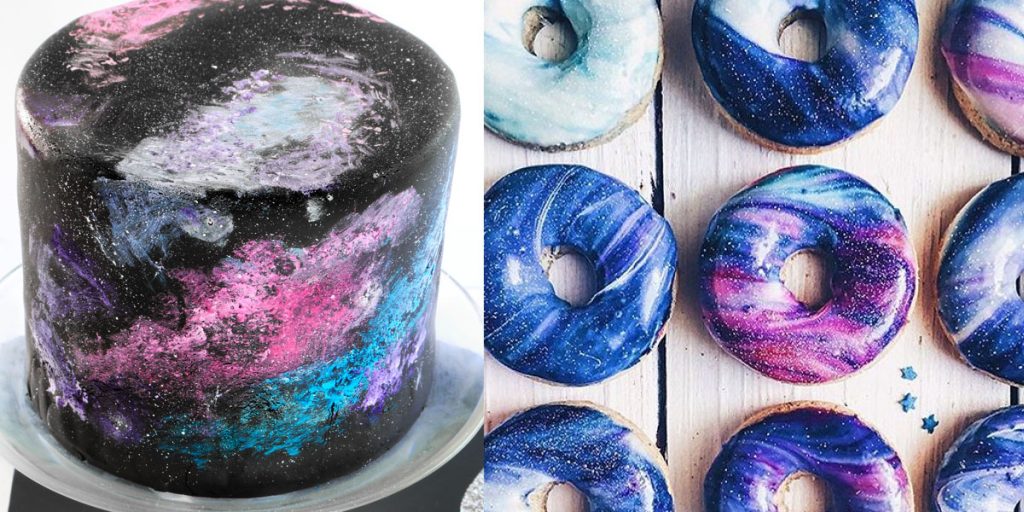 Started by a baker who is fascinated by the galaxy and the stars, the first galaxy cake was beautiful. But then everyone started making galaxy cakes and then donuts and cupcakes and it spun out of control. It is a beautiful trend, but like rainbow food when everyone does it, it stops being beautiful. 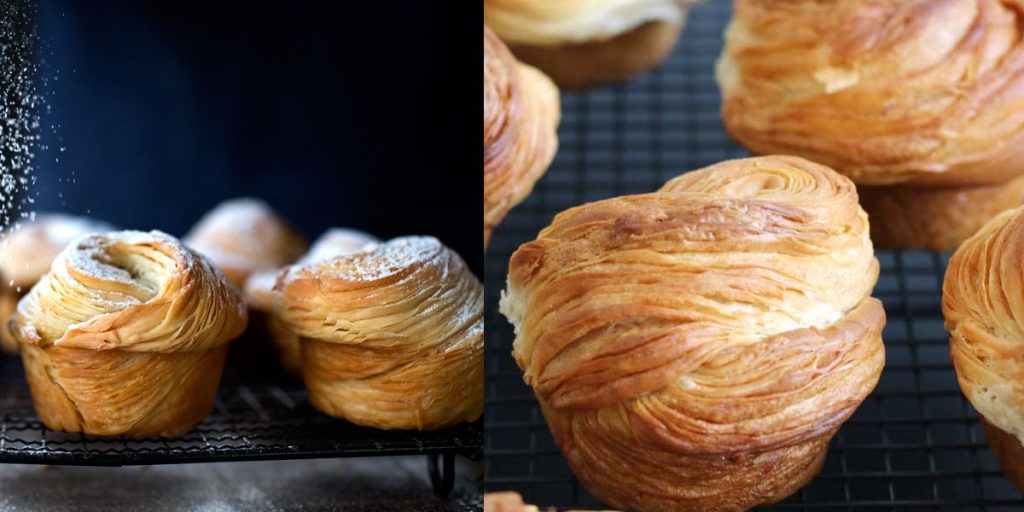 And now we come to the newest food trend. Well, it’s not that new, but after the cronut was created, it was clear that something else was going to make an appearance. The cruffin is a mix between a croissant and a muffin, if you didn’t guess already. It was actually started last year, but it’s taken America and Instagram this long to actually get addicted to the new concept.

There are probably lots more food hybrids out there and they’re all fascinating at first and then frustrating afterwards. So how about we stick to what we know, instead of trying to make new things that come with weird names.

Opinion: The Combination of Booze and Desserts, Do We Love It Or Hate It?

14 Festive Hampers In Delhi For A Food-Filled Diwali