The Bombay High Court during the hearing of a PIL filed by Julio Ribeiro, the former Mumbai police commissioner has asked the civic body to make stringent norms for giving licenses to restaurants and eateries. The Court has asked the BMC to file an affidavit that has the norms fulfilling which licenses will be granted says a report by NDTV.

The PIL filed by the former commissioner seeks a judicial inquiry into the fire breakout in a restaurant at Kamala Mills last month. The request also held that a fire safety audit should be conducted by the BMC in all of the eateries and restaurants. The unfortunate incident has shaken our conscience. It is time the BMC keeps its house in order,” a division bench of Justices R M Borde and R G Ketkar said at the hearing. 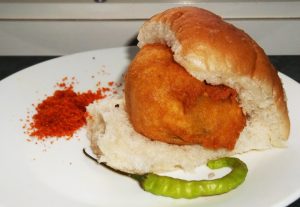 “The fire incident is a result of failure of the administration system to ensure strict adherence to regulations and conditions imposed on such eating hubs, bars, pubs and so on,” Justice Borde said. “The fire incident has opened our eyes and led us to examine the issue. We would like to know from the BMC what conditions are laid down and are mandated to be fulfilled before granting licence for establishments serving food and beverages,” he added.

The court also said that the civic body should carry out a survey of all the food establishments and have re-examinations once the licenses are granted to make sure that norms are being followed and the conditions are safe said the report. “If the establishments are allowed to cook and serve food, then it should be ensured that they have proper infrastructure. Even the fire safety norms have to be strictly implemented,” Justice Borde said.