t’s now been one month since Bihar turned completely dry and the authorities have been keen to show they mean business. Over 1,300 people have been arrested and 1,500 violations of the law are currently being processed. All in all, between country-made liquor and India Made Foreign Liquor, almost 55,000 litres of booze has been seized. 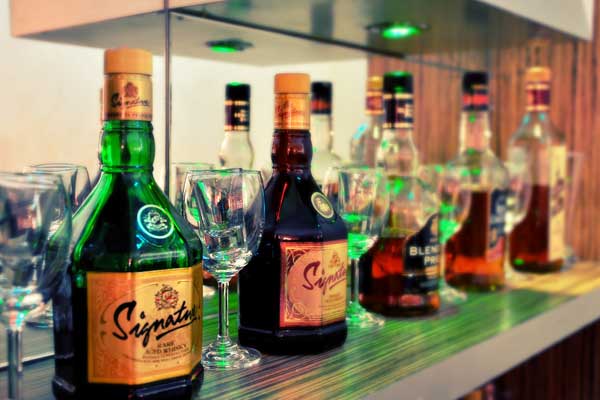 Will law enforcement across the state successfully be able to enforce the ban in the long run?

That depends on how well they can deal with alcohol-related smuggling and crime already arising to meet now illegal consumer demand. Checks on trains have already led to arrests and seizures, and bag checks at airports are to be implemented soon. One villager in Bihar’s Munger district alone was caught with 3,600 bottles, and this was in addition to a firearm and live ammunition, raising concerns of potential smuggling-related violence.

One thing about prohibition is that the authorities certainly have their work cut out for them. There have been many unsuccessful attempts to enforce alcohol prohibition in the past. Typically home-brewing and porous borders make the bans fairly easy to tout. Bihar’s border with Uttar Pradesh is now being flooded with liquor-tourists, some looking for a high or to celebrate weddings, others yet simply wishing to engage in traditional tribal funeral rites.

This Brewery in Australia is Brewing Beer From Belly Button Yeast