According to reports by Food Beast a genetically modified apple called the Arctic Apple was introduced to the stores in the Midwestern United States earlier this year. The GMO (Genetically Modified Organism) fruit has been altered so that it does not go brown. This technology was introduced to reduce apple waste and an increase of the fruit appeal amongst consumers. But this Arctic Apple might be a bit too late.

The Story of the Opal Apple

A naturally grown variety unlike the Arctic, Opal Apple comes with many advantages as compared to its GMO counterpart. Opal Apple does not brown either and is distributed and sold by FirstFruits Marketing which is a grower-owned collective located in Washington. While talking to Food Beast, the General Manager Chuck Zeutenhorst and marketing partner Adam Brady said that the Opal apple is a cross between Topaz and Golden Delicious apples and occurs naturally. The cross between the two has genes that prevent the apple to become brown. 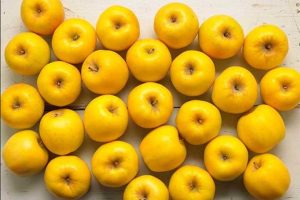 “The Arctic is just a Golden Delicious apple. The gene has been silenced, more or less, to defeat that browning,” they add. “But it’s the same flavour profile as a Golden Delicious. Opal isn’t just non-browning, but it also has this amazing flavour profile, where it’s sweet, crunchy, very crisp, a little bit of tang on the end of it. It’s important to be natural, but it sets itself apart in terms of variety as well.”

The Opal apple has a high distribution profile being distributed by major retailers like Sprouts, Raley’s, and Whole Foods and is more flavourful too. The Opal apples should be in the US stores soon as the season ranges from November to March.