India is a land of legends.

Great heroes like Lord Hanuman, Mahatma Gandhi and the Thalaivar – Rajinikanth – whose epicness and general badassness have given them immortal status in the hearts and minds of the Indian people.

But there’s one legend which outshines them all. Born in the 1960’s from Hercules Rum (oh,the irony!), which was exclusively for the armed services, Old Monk soon became the icon it is today.

The elixir of the people, the great healer and the drink of the masses; these are just a few titles that the Somras of alcohol carries.

Who is This Old Monk? 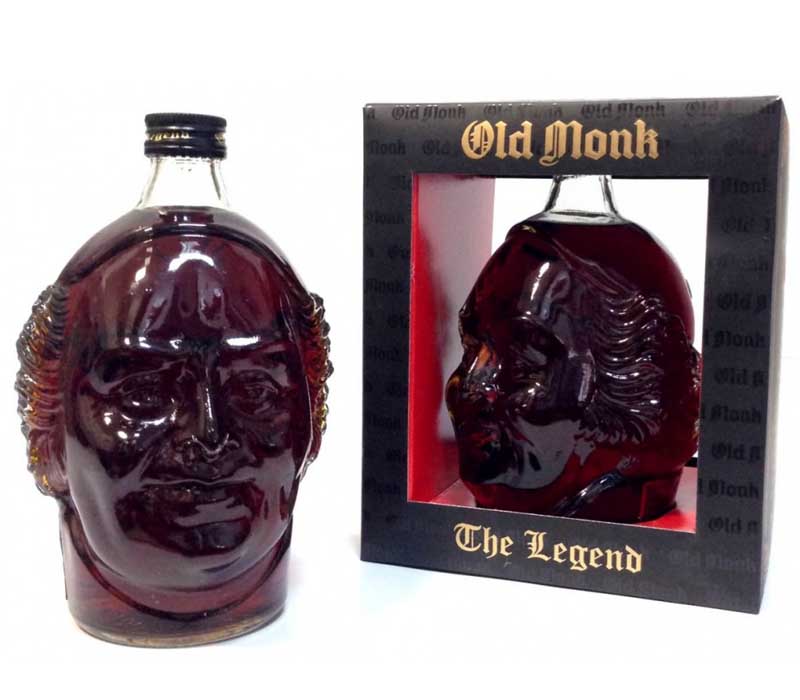 If you really don’t know, you’re either a teetotaller or you’re probably not Indian.

Some things cannot be explained but just experienced, but, let me try my best to do so.

Old Monk commonly known as ‘OMR’ is an iconic vatted Indian dark rum, was launched on 19 December 1954. It is blended and aged for a minimum of 8 years. It is a dark rum with a distinct vanilla flavour, with alcohol content of 42.8%. It is produced in Ghaziabad, Uttar Pradesh and available all over India.

The drink is so popular that it made way for several spin-offs, including: 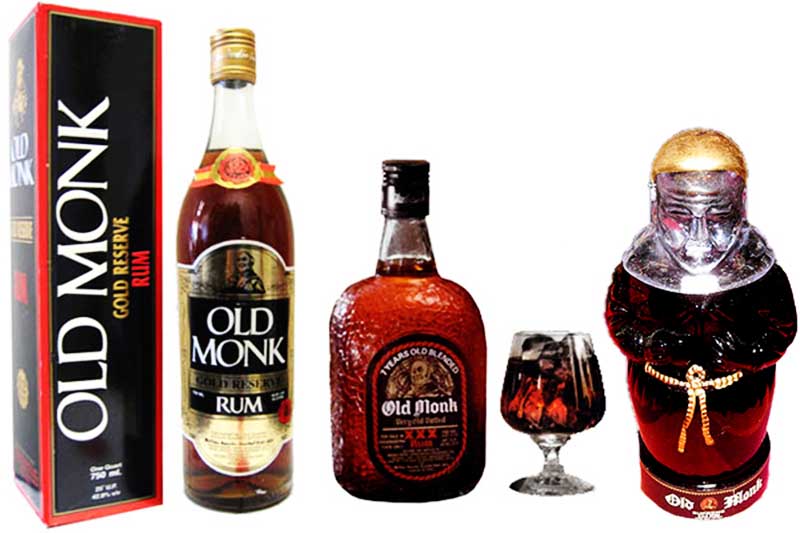 In a country of over a billion people, few names are as well known and loved as ‘Old Monk’. The alcohol of choice for the rich and the poor, this liquid gold is truly the great uniter. Problems of religion and race disappear over a glass of rum and Coke. Cheap, reliable and most importantly – good, the drink’s got it all.

Elder’s often speak fondly of it and the leisurely meetings to reminisce the days gone by aren’t complete without their trusty companion whose been with them for 40 years. A causal, easy going drink for the non-pretentious; Old Monk is a college student’s dream come true.

But is this dream slowly turning into a nightmare for everyone’s favourite monk?

Is this the end?

A drink which once sold eight million bottles a year, and was the undisputed King of Indian liquor, now faces tough times. Sales are a quarter of what they used to be and they continue to decline. A number of factors lead to this situation – Old Monk has no advertising. Until recently, it didn’t need any. The drink sold itself!

But owing to globalization and the entry of foreign alcohols, mainly Bacardi, reputation is just not enough anymore. Old Monk has stayed the same over the years but Bacardi offers numerous varieties. Now, even the Indian McDowell’s No 1 Celebration, another dark rum, has overtaken OM by a wide margin. This is due to parent Diageo’s (an international liquor giant) aggressive marketing campaign.

Dark times lay ahead for the King of dark rums. 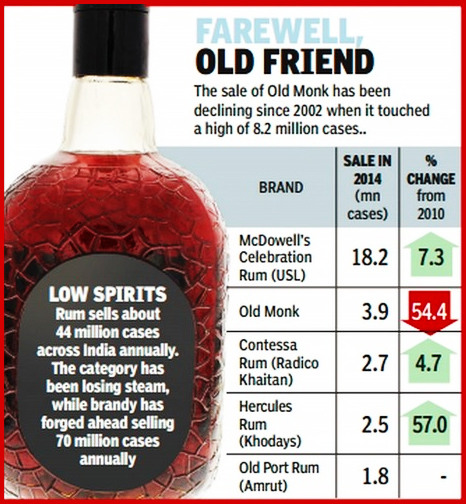 Can we save our Saviour?

I really hope we can. This is not just about keeping an Indian brand alive, it’s so much more. Old Monk has been there for us whenever we needed it, now it’s our time to return the favour.

Let’s follow the ‘be Indian, buy Indian’ philosophy and not let this gem fade into history. This is a call to every loyal fan to save the spirit that kept our spirits up. It is up to us to restore the legendary status to the drink are forefathers swore by.

This is a call to every loyal fan to save the spirit that kept our spirits up.