People do strange things in the world of food. One man, for instance, decided to fill an inflatable pool with gallons of Coke and take a dip. A Subway employee was recently accused of lacing a cop’s drink with meth. This week in*wth* news, a man decided to ride his horse into a Taco Bell in Texas.

Texas seems like the most likely place for such a thing to happen. Nineteen year old Lathan Crump had finished a rodeo and decided he wanted some grub for Taco Bell. So, he rode his horse, Hollywood, into a Taco Bell in Commerce.

“Well ole Hollywood was a lil hungry after the rodeo so I (sic) road him in to grab a bite,” said Crump in an Instagram post:

After posting the video, Crump was approached by a collection of news outlets asking him if they could use the video of him riding into Taco Bell on their channels: 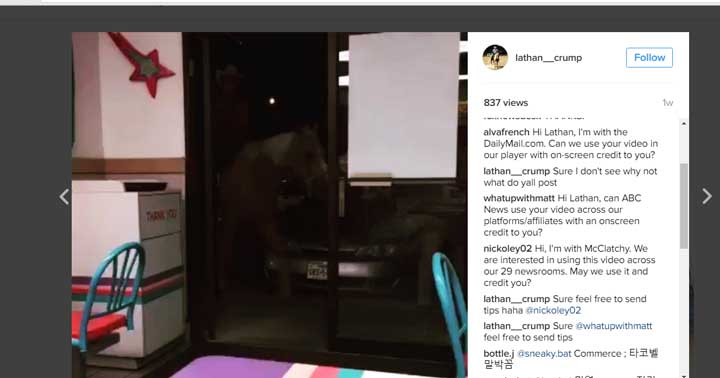 “Well it’s just kind of an everyday thing for us to do stuff like that,” Crump said to Fox News. “It’s not really a big deal, but I guess everybody else don’t ever see nothing like that.”

While the diners didn’t appear to have any complaints, we wonder what Taco Bell officials had to say about Crump’s grand entry?

Related Topics:Crumpfood newstaco
Up Next