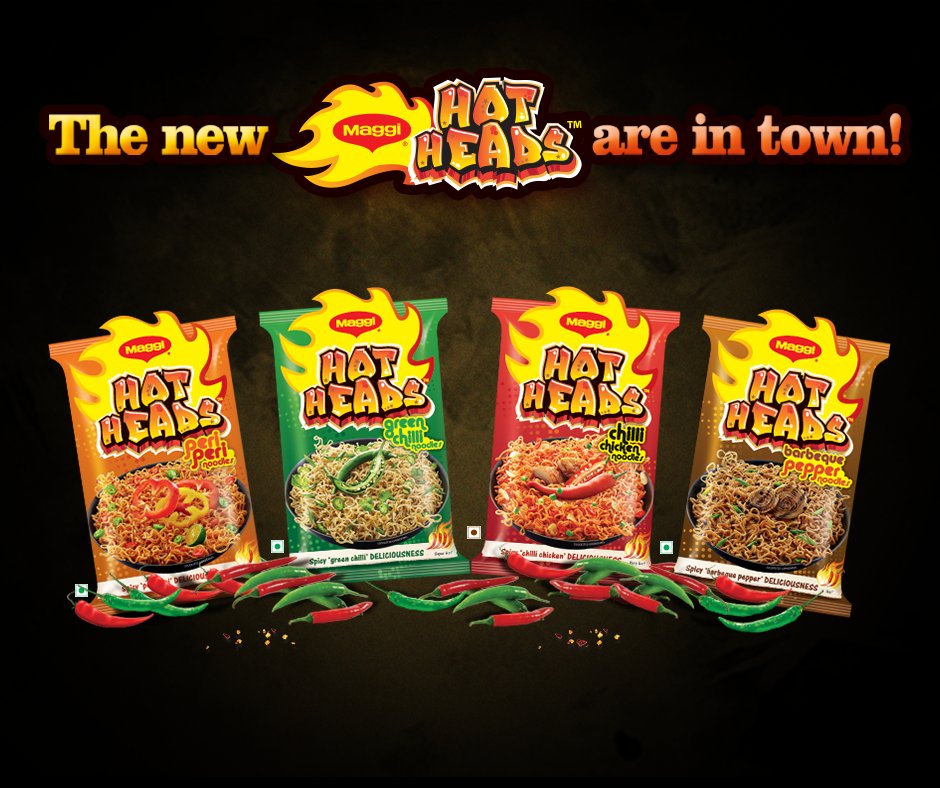 Commenting on the new developments, Suresh Narayanan, the Chairman and Managing Director at Nestle India had said “It has been the consistent and abiding passion at Nestle to marry the benefits of our extensive knowledge of flavours, technology and the science of nutrition with the tastes and experiences that delight our consumers. Maggi Hot Heads, Maggi Cuppa and Maggi No Onion No Garlic Masala (also recent launches) are result of this passion and determination which we are pleased to offer.”

To promote the new flavours of noodles, Maggi India rolled out their Hot Heads Experiment campaign.

Maggi invited five comedians and a VJ to battle with each other over the Maggi Hot Heads truck.

Are you ready for the HOTTEST CONTEST of the year?! Fireworks begin at 10 AM! #HotHeadsExperiment pic.twitter.com/bC5PcIXvzA

To participate, contestants need to answer questions that Maggi is sharing on social media in the wittiest way possible:

The competition is ongoing, so head over to Twitter and Facebook to win yourself a truck and some packets of Hot Heads!

In Kerala, You Will Soon Be Able To Order Your Liquor Online