The Supreme Court recently passed an order to implement a liquor ban on all outlets, hotels or restaurants selling alcohol within 220 meters of the highway and the repercussions are already being felt. The state of Odisha has already sealed 1,167 outlets.

Official sources said that the 1167 liquor shops closed down from midnight of March 31 included 456 off shops, 205 restaurant on shops, 60 hotel on shops, 74 country spirit shops, 51 beer parlour on shops, 9 out still shops, 311 out still branch shops and one military canteen.

The state is likely to lose Rs 1200 crore per annum plus VAT if these 1167 liquor shops remain closed for the year, a senior official in the Excise department said, adding that the state had set a target of earning above Rs 3300 crore as excise revenue in this next financial year. 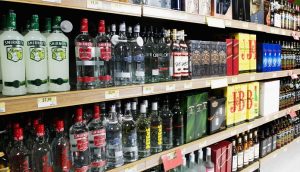 The amount of revenue lost from the shutdown of these shops isn’t the only effect of this liquor ban. Unfortunately, a large number of workers will also lose their jobs and livelihood as a result of this.

Liquor shop owners are not able to move to locations that are further than the limit from the highway as in many places it is close to the villages.

More thought should have been given to how this verdict would affect small business owners and those unemployed. It still leaves large loopholes through which many can find ways around the law. Sadly, it also affects the economy and livelihoods of many while it may not necessarily even be the answer to the solution.

This Much Nutmeg Could Kill You

KFC Has Dropped A Whole Line Of Merchandise And We’re Impressed!