Looking at Jessica Alba, one would think that the actress doesn’t have calories to waste on nachos, tacos, or quesadilla. But in a recent interview with Insider, the Fantastic Four star trashed any such notions about herself. The actress spoke about her undying love for hot sauces, the need to load her food with salt, and not being a fan of cooking elaborate meals, because who has the time? Read on!

Alba confesses to hoarding large amounts of hot sauces, and even consuming it to the extent of burning a hole in her stomach. “The variety of hot sauce. I have five or six different types in my fridge,” she says. You can almost always find spicy buffalo wing sauce, Tabasco — “love the vinegar flavour” — sriracha, Cholula, and at least one habanero sauce. “Anything habanero-Caribbean-flavoured, I’m down with.”

The actress may be a lot of things but when it comes to spicy food, she is totally and completely relatable. Talking about weeknight meals, Alba prefers a simple a simple salad with a homemade dressing. And sometimes there is “a chicken quesadilla with corn tortillas—and gallons of hot sauce. Literally. It’s like I’m trying to burn a hole through my stomach. It’s so good. It’s such a problem.” Relatable. 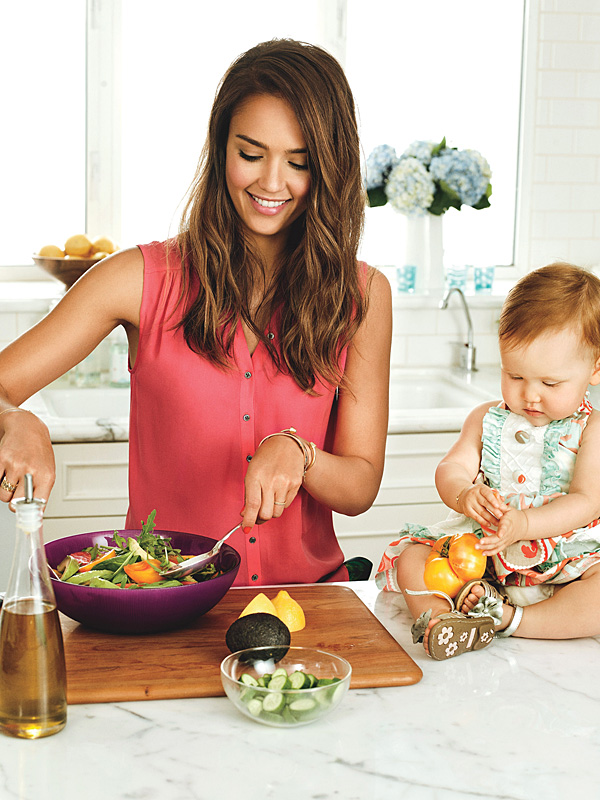 With A Pinch Of Salt

With the capsaicin levels already touching crazy highs in her system, the Sin City actor reveals that although she doesn’t have a sweet tooth, her need for putting extra salt in everything struck her as a bit abnormal. “I’m not much of a sweets person. I actually have low blood sugar and low blood pressure, and I get very woozy if I don’t have enough salt,” she says. “When I do hot yoga, water isn’t enough. I need to have salty water or I’ll have coconut water.”

“I told my doctor I eat an abnormal amount of salt, and he said, ‘Did you know it’s because you’re naturally low? Your body overcompensates and needs more salt,’ so that’s how I justify all the salt I pour on everything”, she says, adding that her salty water is usually regular water with a pinch of salt, which is mostly pink Himalayan salt. 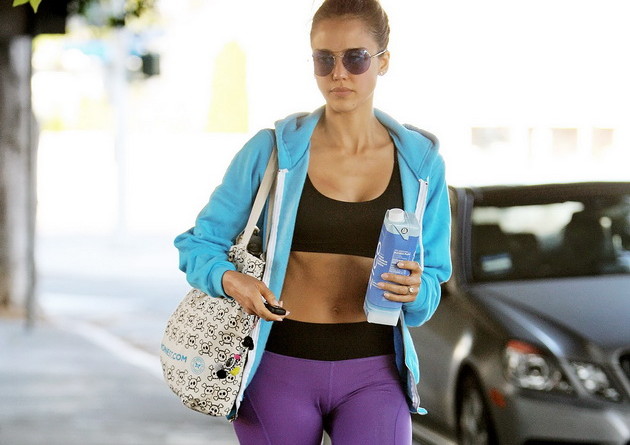 Of course, she has her guilty pleasures! Alba, who is probably the one celeb to be spotted the most number of times at supermarkets, loves nachos and loads hers with just about anything. Though she prefers homemade black beans and jalapeno-almond cheese. “I’ve been trying to use alternatives to dairy … and Whole Foods sells an almond cheese that melts surprisingly well, but you have to grate it. You can’t do slices.”

Speaking of treats, Alba has her set of favourite snacks as well. “My favourite snacks are my kids’ favorite snacks, because they steal all of my food,” she says. Alternatively, she likes to binge on popcorn and hummus with cucumber, broccoli, carrots, tomatoes and cauliflower. 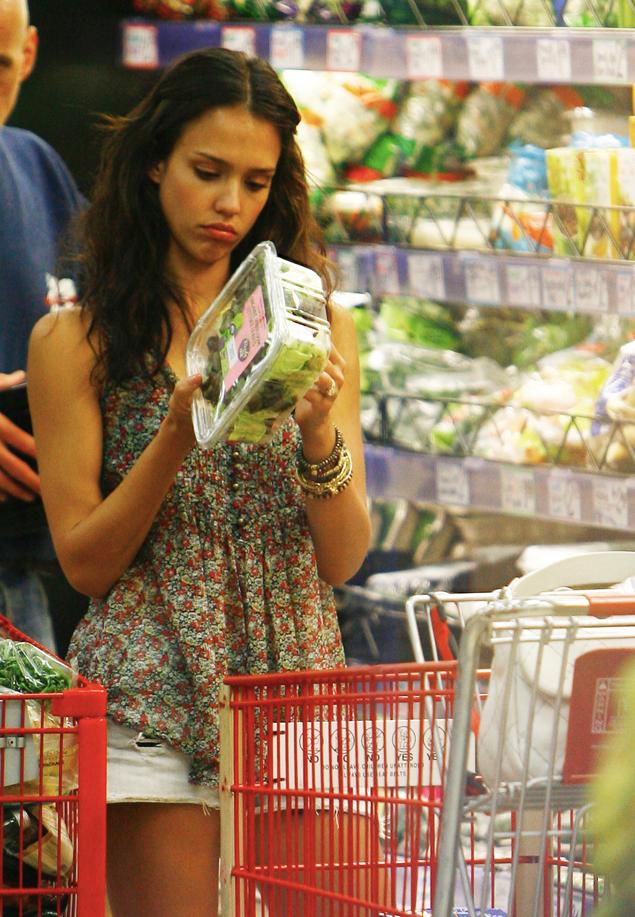 Did you get all that? Good, now lets start with the salad dressing.

Have A Look At Jamie Oliver’s 10,000 Calorie Christmas Feast