Which bread is better: brown bread or multigrain bread?

Here is how the brown bread is considered better than the white bread.

Oftentimes, white flour is “enriched”. This means that vitamins and minerals which were removed during processing are added back in synthetically. Thiamin, niacin, folate, and iron lost in the processing of white bread are required by the FDA to be added back to help avoid nutrient deficiencies.

Check out the difference:
*Note: percentage is based on the daily recommendation for each nutrient 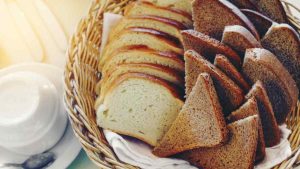 What are all the different types of bread in the world?

Making bread dates back to as far as the Neolithic age; it’s undergone a massive change since its humble beginnings. Bread is made using different kinds of flour and ingredients, that lend it a unique flavor, often enhancing a meal’s experience. It can be cooked in a variety ways that don’t always require an oven. It can either be leavened or unleavened, depending on whether yeast has been added to it or not, to help it rise and acquire that beautiful fluffiness that we’re all so familiar with.

Along with flour and water, other ingredients like salt, fat and/or leavening agents, like yeast and baking soda are used as part of the bread-making process. Commonly used ingredients include icing sugar, spices, fruits, vegetables, seeds, nuts, and herbs. Let’s take a look at the different kinds of bread available around the world.

This type of bread is also referred to as ‘whole-wheat bread’ or ‘wholemeal bread’. The whole-wheat bread is made from wheat flour, where the flour has about 100% extraction from the grain. More and more people are taking to this form of bread, as people have become conscious about the health benefits.

Normally all-purpose flour or bread flour is used to make white bread, where it is known for its fine texture and compact grains, that make it easy to slice. It is used in fast-food joints like Subway, and can be molded to any shape during the cooking process.

Different flours are used to make this bread. Normally flours like whole-wheat, all-purpose, and rye, are combined to make the bread. Whole grains may also be added to the dough. Depending on the ingredients added to the bread, it is classified as light or heavy bread. 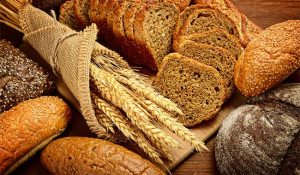 The most common method used to make this bread is by including wheat germ along with barn, in the cooking process. Bran makes up 10% of the recipe. In some parts, brown bread is similar to white bread, where caramel is added to the latter.

It is famous kind of flat bread, that is popularly enjoyed in Asian countries like India. It can be made from a host of different flours like wheat, spiked millet, sorghum, and all-purpose. In some parts of India, cornbread is also made, using corn flour.

This type of bread is said to have originated in Europe. It is said to be a kind of wholemeal bread, which is made by either using only rye flour or a mixture of rye and wheat flour. It is dark in color and has a strong flavor. One will come across rye bread in Scandinavian countries, Germany, Russia, and Finland, to name a few.

It has a slight sour flavor, where its texture is dense when compared to other varieties of bread. Flour and water are fermented before the bread is made. To leaven the bread, a type of acid is added to the dough, usually baking soda or yeast.

French breads like croissant, baguette, and boule bread, are enjoyed all over the world, especially in France. The Italians too are known for memorable recipes that produce focaccia, grissino, and piadina bread.

There’s No Such Thing As Knowing Too Much About Cheese