With all the technological advances that have been made in the food sector, it was only a matter of time before lab-grown ‘clean meat’ hit the market. However, according to scientists, meat produced without the use of inhumane animal agriculture may be hitting shelves by 2025.

Animal welfare organisation Humane Society International (HSI) India and the Centre for Cellular and Molecular Biology (CCMB) in Hyderabad have joined hands to develop laboratory-grown meat in India. The partnership looks to promote the technology to develop clean meat while bringing start-ups and regulators together under the same roof.

“Internationally, clean meat is predicted to hit the market by the end of 2018. In India, we expect it to be available by 2025,” Alokparna Sengupta, Deputy Director at HSI India, told PTI.

“The taste will be the same because clean meat is meat. However, instead of slaughtering an entire animal for different part of its body, the technology in clean meat can develop those parts based on biopsy taken from different parts of the animals’ body,” Sengupta said. 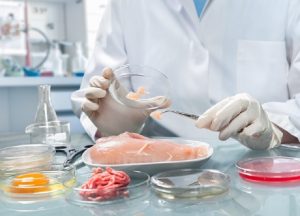 “While technology exists to multiply any type of cell, the scaling up of the same in a economically affordable manner as a meat substitute remains a major challenge,” said Rakesh Mishra, Director at CCMB.

“There may also be cultural and social factors that will need to be addressed for this to be socially acceptable,” Mishra said.

This Musuem In Dubai Is A Coffee Lover’s Paradise