Meat in Meat : Double Down

Almost half a decade after the ‘Double Down’, a new version hits us. KFC has come out with a new Double Down- that’s available only down at Philippines.

The new, burger bun sized chicken that wraps a ‘hot-dog’ with loads of cheese is part of their “outrageously meaty’ sandwich plan. Cheez Dawg! 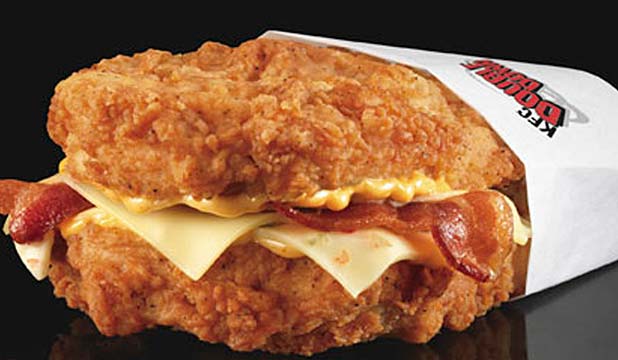 So for those who aren’t at the Philippines, feel free to head to your local KFC, confuse the people there by asking them for the Double Down, end up ordering the chicken strips, buy a slice of cheese and some sausages and make your own Double Down at home.

They don’t have plans to bring it to the US as of now. So we’re thinking the make-your-own plan should be enough.

Can You Crack This Fast Food Quiz? #QUIZ