Everyone knows that the first thing you try to cut out of your diet when you’re trying to lose weight is alcohol (sticking to it is the hard part). However, thanks to Ketel One, now you can have your diet and drink your vodka too! That’s right, Ketel One has released a diet vodka that’s sure to cut your calorie intake, if not your liquor intake.

Ketel One Botanical only has 73 calories per shot as opposed to a regular Ketel One shot which contains about 25% more calories. It also contains 40% less calories than a glass of white wine. 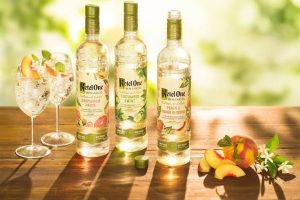 The new line will come in three flavors — cucumber and mint, peach and orange blossom, and grapefruit and rose – just perfect for the summer! Interestingly enough, this product will be labelled made with vodka, instead of just plain old vodka.

The drink of the summer is here. New Ketel One Botanical. No Carbs, no sugar, no artificial flavors and the most delicious part? Only 73 calories. #KetelBotanical #BotanicalYourSoda pic.twitter.com/3A5C3peB1t

“There actually doesn’t exist a classification for this product,” Jim Ruane, Ketel One Vodka director, says. “It’s not a flavored vodka because of our two-tier production process, with the second distillation and the flavor infusion at the end.” Regardless, if they’re putting out a drink with less calories and the same buzz, we’re drinking it!

Starbucks India Kicks Off The Summer With A Midnight Mocha Frappuccino