Well-known as one of the judges on Masterchef UK, John Torode’s new show is going to be aired soon this month. The TV show is called John Torode’s Korean Food Tour which needless to say, showcases him roaming the streets, eateries and restaurants of South Korea and trying his hand at the recipes.

In an interview with Express, Torode said it’s a fascinating tour of South Korea through 10 one-hour programmes. “It was an extraordinary journey. I was dropped into a world that I knew very little about and I learned a huge amount.” He also added, “Each show is based around a theme, be it a season of the year or an ingredient. You’ll see me cooking with a few people and trying out the recipes for myself.” 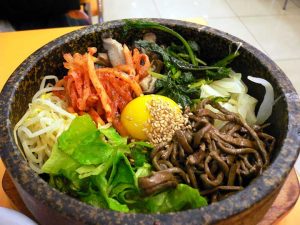 He also talked about Korean food saying that it is versatile, delicious and slightly undiscovered. When asked whether he disliked any food dish he refused and said, “I had fresh eels cooked for me on a barbecue and I tried something called hangover soup. I tell you what, that soup sorts you out!”

His favourite dish in Korea was mung bean pancake and he also claims to have learnt a lot. “Koreans preserve everything. They preserve the leaves of a pumpkin plant. Turnip leaves get pickled or turned into kimchi. Nothing is thrown away, not even fish bones.”

John Torode’s passion for food is immense and when asked what drives this passion he simply said that he likes to eat. On Korean food culture he commented, “One of the great things about touring a place like Korea is that you can’t understand the food until you understand the culture. You learn about people through what they eat. That fascinates me.”

A Cheetos Restaurant Now Exists, Because, Why Not?