We don’t know about you, but our arteries are shrieking right about now. If you ever thought how many patties you can have between two buns, then this is probably a close winner to that question. Lotteria has created two monster burgers that will make even Homer Simpson think twice before chowing it down.

Of course, it is always possible for you to order this burger in any burger joint by asking for 4 additional patties, but it isn’t the same as actually creating a burger with 5-patties for your ultimate burger craving. The burgers are priced at 500 yen or Rs. 263 which is cheaper than our single patty burger at Hard Rock Café.

Apparently, this isn’t the first time that Japan has been home to a five-patty burger. Burger King Japan celebrated its fifth anniversary in the country with a penta-burger of its own. The Japanese love pushing the boundaries on their burgers as last month a museum in Japan decided to commemorate their exotic insect exhibition with a frog burger. Yes, a deep-fried, crunchy frog burger. 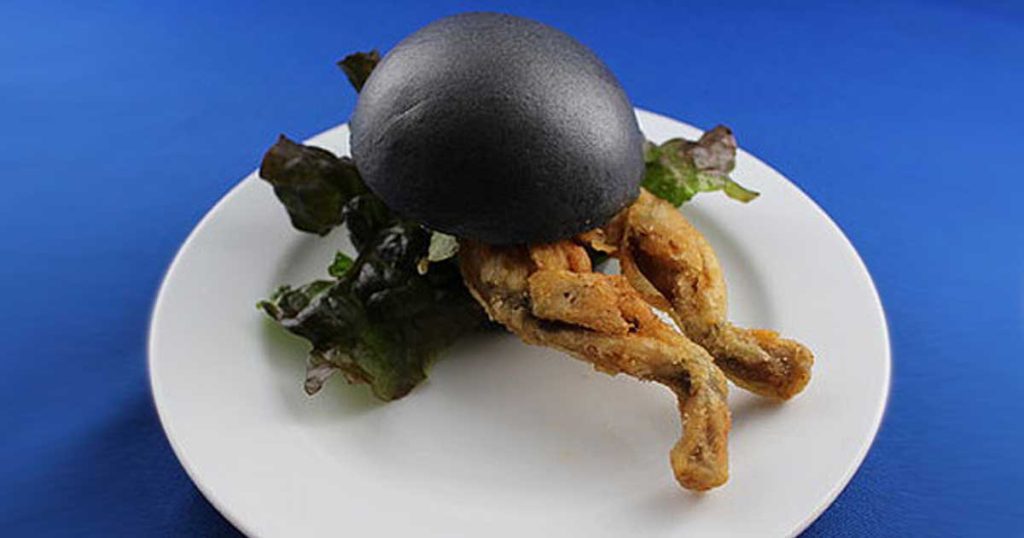 5 Things You Should Know To Eat Sushi Like A Pro