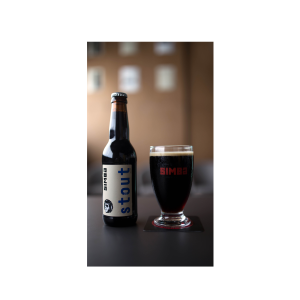 Every drink has a story to tell about its past, be it the lands, the people or the idea that led to its inception. Similarly, beers, too, tell a story of the land, the people and more importantly, the brewers. First celebrated in 2011, the International Stout Day is a worldwide celebration of the iconic beer style of Stout. Having a day dedicated to the beer style, makes Stout all the more sought after and adds to the craft beer’s appreciation globally. 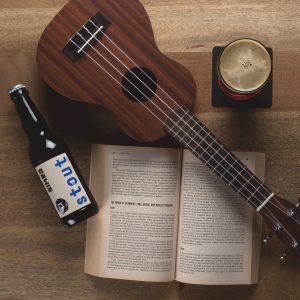 Historically, stout beer was considered to be a type of porter — a dark beer made from unmalted roasted barley first introduced in London in the 17th century and popular throughout England and Ireland. The style attracted a lot of beer drinkers with its bold flavor, ability to stay fresh longer and competitive pricing and soon carved a loyal niche. Street and river porters provided an eager market for this new, energizing beer. Eventually, the word porter was dropped, and the beer came to be known only as stouts.

Originally meaning “proud” or “brave”, over the years, Stout morphed into the connotation of “strong”.

The craft beer revolution has taken a turn of its own and spread its roots wide across the world. Today, we can find a wide variety of stout variants, such as Milk Stout, Oatmeal Stout, Dry Stout etc. Perfect for summers and pairs well with gourmet meals. There are various styles of stouts with each having its own specific touch. As this style of beer gained popularity, Stout beer slowly made its way to India. Stout is a very rare taste which is meant for discerning people who like to experiment with their beers. It has a deep ebony color, voluptuous mahogany head and bold, roasty flavors that will have you hooked to its robust flavor with hints of espresso, cocoa and its creamy texture. Catering to the growing appreciation for stout craft beer in the country, today there are multiple players in the industry who’ve introduced their versions of the stout.

With a penchant for high quality ingredients and producing the finest craft beer, Simba Craft Beer was the pioneer of stout beer in India. It was the first Indian Craft Beer brand to foray into the Stout segment with the launch of India’s first bottled stout – Simba Stout in 2016 as a part of our initial range. Staying true to its brand ethos of pushing the envelope, Simba Craft Beer took a big risk which payed off giving it the first mover advantage.  Back in 2016 this was an unchartered territory and consumers were not familiar with the variant, stout. However, Simba decided to take a leap of faith after extensive R&D with a vision to introduce and educate the India consumer about a new craft beer style and strengthen the craft beer industry in India with a strong new variant. Today, Simba Stout Craft Beer has carved a niche for itself and is widely enjoyed by brand loyalists.

The Simba Stout Craft Beer is a sessionable, light-bodied stout. It has been specifically crafted to offer an easy drinking low-bitterness alcohol beverage. On the nose and the palate, coffee dominates, along with complimentary aromas of toffee, caramel, and dark chocolate. 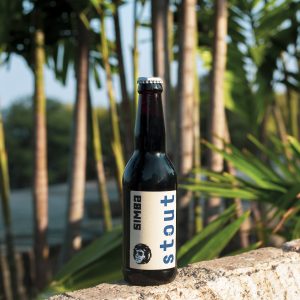 To bring more to the table and stay true to its promise of experimentation and introduction of new flavors and products, Simba Craft Beer recently forayed into a new category with the launch of gourmet stout based caramel chocolates in collaboration with Paul and Mike. Paul and Mike are one of the country’s finest farm to bar chocolate makers offering a variety of gourmet chocolates.The gourmet Stout chocolates are made of high quality ingredients such as fine flavour cocoa bean, muscovado suga,  pure cocoa butter, caramel and Simba Stout Craft Beer with no added preservatives and flavours, adding to the customer experience.

Being a forerunner in the craft -beer industry, Simba Craft Beer is all geared up for the upcoming festive season and will soon launch an array of exciting limited-edition products to further diversify its offerings.

The brand Simba was launched in the year 2016, today it is one of the largest selling craft beer brand in India. It has carved a niche for itself in the craft beer industry and has found loyalists among the beer drinking consumers. Started with just two variants, Simba today offers four flavors namely, Wit, Light, Stout and Strong and is available in 15 states across India. The brand is rapidly expanding its presence and now has two breweries in Chhattisgarh and Arunachal Pradesh.

Always by your side! McDonald’s adds Chicken Strips to its sides menu in North and East India