A couple of days ago, we told you about KFC India announcing that it had sold its millionth Chizza, and that it would be throwing a ‘Chizza’ party in celebration sometime soon. Here’s an update – the Chizza ‘party’ is giving customers the chance to win a cool million rupees.

Before we get into the process of trying to win yourself a million, allow us to tell you what all the fuss about a Chizza is about. 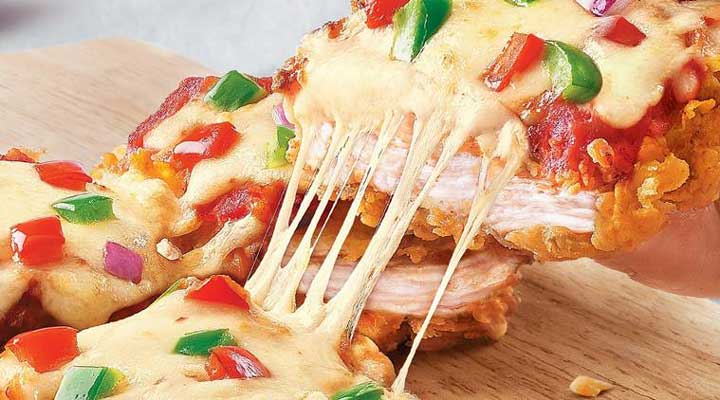 KFC India introduced the Chizza to their menu in mid-December last year. The Chizza is essentially a pizza, which instead of a dough crust has a crust made of KFC’s signature chicken, which is then topped with cheese and a couple of vegetables.

The Chizza caught on among the Indian public – last week KFC announced that a million customers till date had bought the Chizza.

How To Win A Million

In celebration of the sales, KFC India has updated all its social media accounts with photos that are similar to this:


Exciting, no? In order to stand a chance of winning the prize, a customer has to head over to chizzamillionmania.com and sign up using their name, email and mobile. 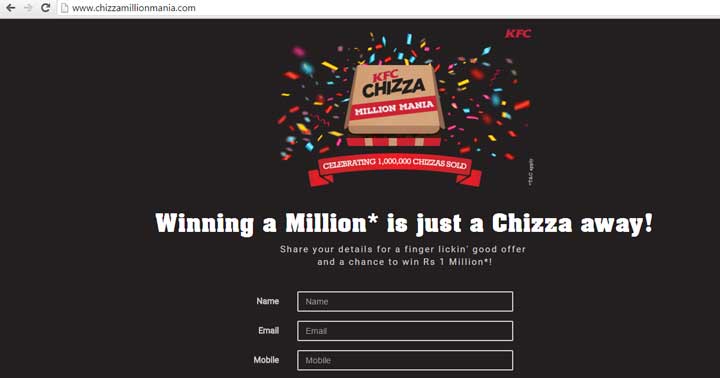 They’ll then get redirected to a page that will give them promotional codes to give to the chain when buying a Chizza meal. If they hit upon the right code (sort of like the golden ticket from Charlie and The Chocolate Factory) they’ll be given their meal…and a million rupees.

Of course, it’s a great marketing strategy on KFC’s part to ensure that people buy even more Chizzas – but hey, if you’re feeling lucky, why not give it a shot?