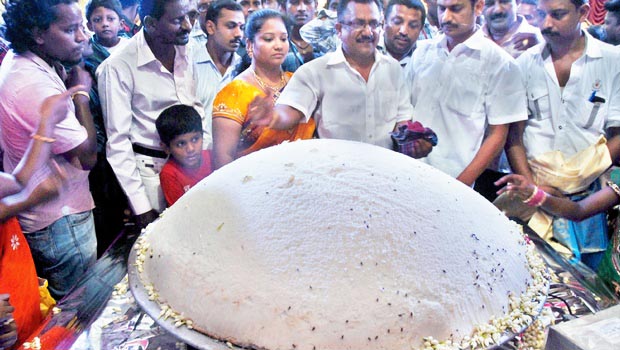 Once an auto driver in Coimbatore, Iniyavan is determined to make his favourite food world famous.  It initially took him 28 hours and 15 tries to make the heaviest idli in the world, but that isn’t stopping him from exploring it even further.

Inspired by his children, Iniyavan has added pizza idlis to the line up, along with thata idli, orange idli, pineapple idli, chocolate idli and various other flavours and mixtures. All 2,000 varieties of idlis were put on display on Easter Sunday, in hopes that it would set a record.

Thanks to his experimentation with idlis, Iniyavan was presented with a doctorate from an American University back when he first set the record.

We Hear That Swiggy Is Looking For More Dough From Its Investors!