Gluten free diet has become popular in the past few years and there are restaurants and eateries to cater to the customers who are on the diet. Though some of them might ask for a prescription first. It has been observed that people opt for a gluten free diet despite not being diagnosed by celiac disease to perhaps improve their digestive systems. So if you have doubts about this in-trend diet then read on to know an experts opinion.

Peter Green, the director of Celiac Disease Center at Columbia University talked to Insider and busted a few myths surrounding the diet. According to him what makes this diet unique than the others that gluten free diet needs to be prescribed. “We’re not sure why a gluten-free diet has become so popular but of all the diets if you look at the diets such as veganism, organic food, low carb, South Beach Diet, paleo diet, etc they don’t have the medical legitimacy that a gluten-free diet has. A gluten-free diet is prescribed as a treatment for celiac disease,” said Green talking to the publication.

“There are several books that tout that gluten is the source of all evil, causing autoimmunity, causing dementia and brain issues, and responsible for us being obese, big bellies, wheat bellies, and there’s very little scientific evidence to support the benefit of a gluten-free diet in anything except celiac disease,” Green says as he talks about the various myths around gluten.

The Popularity Of The Diet 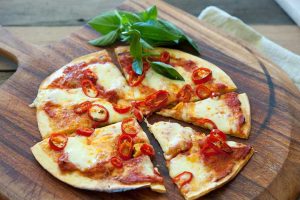 Green talks about the celiac disease with the publication and says, “Celiac disease is an autoimmune disease that occurs in genetically predisposed individuals that develop this immune response to gluten which is the term for the storage protein of wheat, rye, and barley and it’s actually very common. It occurs in about 1% of the population which makes it one of the most common autoimmune genetically-determined condition but in this country (the US), only about 20% of the individuals with celiac disease are actually diagnosed.” However, there is a study that has found that gluten free diet might be causing more harm than good to those diagnosed with the disease.

“Now, in the time that celiac disease has been noted to increase, a gluten-free diet has become very popular. More than twice that percentage, like 2-3% of the population are actually avoiding gluten and we not sure why that is. The people who avoid gluten or PWAGs “people who avoid gluten”, we don’t know why they are doing that, so it’s a very trendy diet, it’s a popular diet.” So after reading this if you’re planning to jump on the gluten-free bandwagon, here’s a gluten less cake recipe to get you started off with.

Do Not Eat The Food Touched By A Fly Says Study